MARY MEAUX — Pecan Festival is a Groves showcase for community 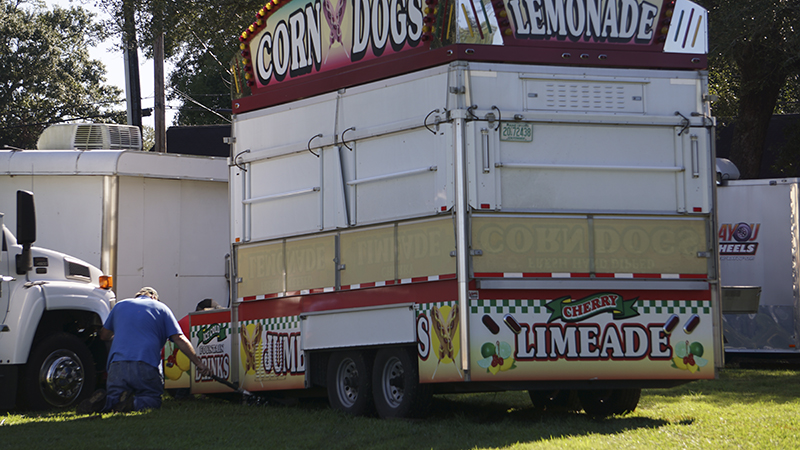 Small town festivals are the heart and soul of a community, as you can see if you step foot in Lions Park during the 50th annual Groves Pecan Festival.

Family, neighbors, friends and new friends will gather at the park pushing children in strollers or pulling them in wagons, and moms and dads will stand next to carnival rides to wave and take a photo or video as their children pass by.

Yet there’s much more.

Local artists and photographers dug into their creativity and put their best work on show for the Art/Photo Contest, the host venue being the Groves Public Library. Last year the event was canceled for lack of a venue, so this year’s event is a reason to celebrate.

This year’s Queen’s Scholarship Pageant was also a reason to celebrate. Last year there weren’t enough entries, and for the first time in festival history, the pageant was canceled.

This year there were enough entries and Port Neches-Groves High School junior Grace Richard was crowned queen. You’ll have a chance to meet her and other pageant winners during the festival.

Food brings people together, there’s no doubt, and attendees can eat from a variety of vendors, some of which are local non-profits and benefit the community directly. Plus there’s a chance for chefs and bakers to wow the judges during the Cooking with Pecans Contest.

The festival also showcases the people of the city and those who work or play in Groves. Students and instructors with Armentor’s United Martial Arts, which has been around for more than 50 years, are set to perform during the event.

The owner, Les Armentor, who died at the age of 84 in 2014, founded the school after having studied martial arts in Korea, Japan, Guam and Okinawa while serving as a Marine, thus bringing the arts to the U.S, his obituary read.

Over the 64 years he was involved in teaching and he instructed more than 23,000 students.

The students with Debbie’s Dance Etc. will also perform. The owner, Debbie Broussard, has been in business 44 years and nurtured a relationship with each of the girls who have gone through or are going through the school.

The bands with Tonalta School of Music, which opened in 2004, will showcase their musical talent for festivalgoers in Groves.

Plus more community talent will be in the limelight with Groves Got Talent contest and Port Neches and Groves middle school choirs.

And if that isn’t enough to show the camaraderie of the festival, then there’s the Pet Show. Take a look at the sponsors, Wilcox Veterinary Clinic and Snooper’s Paradise — they’re both longtime local businesses, as well as the chairperson Carol Sigona, owner of K9 Dog Obedience who has more than 44 years experience in training canines.

That is a lot for the growing community and cements the festival with the heart and soul moniker. The fest runs Thursday though Sunday.

Mary Meaux is a news reporter for The Port Arthur News. She can be reached at mary.meaux@panews.com