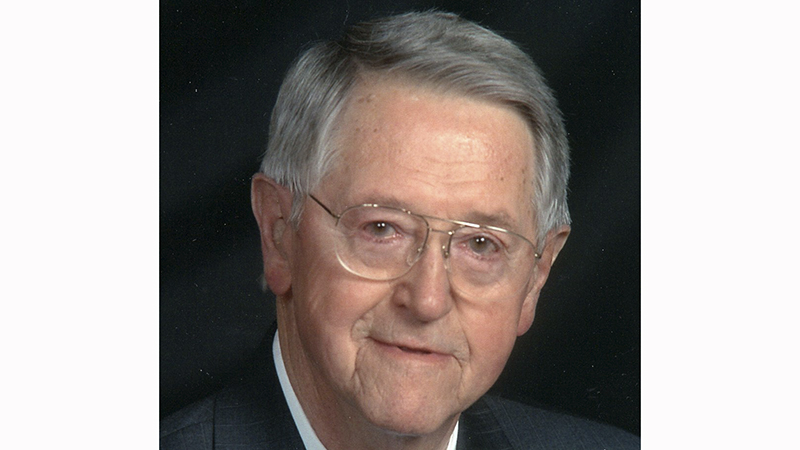 GROVES — Bruce Thompson served his country during World War II as a member of the U.S. Navy, co-founded Southeast Texas grocery store chain Market Basket and gave back to his family and community in every way he could.

Skylar Thompson said his father was his role model.

“I couldn’t imagine having a better father,” he said. “He was a great friend, mentor and quite an inspiration.”

That inspirational life came to an end Saturday, when he died at the age of 92.

Bruce started working in the grocery business in Oklahoma after graduating college before a moving to Houston to work for another company. There, he went to the supplier and told them he’d like to go into business for himself, Skylar said.

The two men, aware of a store for sale in Groves, formed a partnership and started buying and operating Market Basket locations in Southeast Texas and Southwest Louisiana.

Bruce soon teamed with grocery store owner Ed Hughes and their privately owned business grew to include 31 full-service supermarkets with more than 2,000 employees over four decades.

Alongside being a business innovator, Bruce was heavily involved in the community and steadfast in his faith.

“He was passionately involved in his church,” Skylar said. “He was on the Port Neches-Groves School Board for many years. He was an avid hunter and Cowboys fan. He was very generous and gave to many organizations and charities. He helped individual people behind the scenes and never wanted any credit.”

Bruce attended the First Methodist Church in Port Neches, served on the Groves Chamber of Commerce and was instrumental in helping grow Groves Park on Lincoln Avenue.

“He just had a very generous heart,” Skylar said. “He hosted Bible studies all the time at the house, he was very faithful to his church. Several years back when there were strikes at the refineries, he would work with those people on strike that had delayed payments. He extended a lot of credit to customers and friends.”

Skylar said a special memory he shares is on Christmas Eve, for several years, he would remember his dad bagging up a bunch of groceries on his own and bringing them to people he knew in the community who were widowed, outcast or had financial problems.

“He loved playing Santa Claus,” Skylar said. “He was just patient, kind and was always the voice of reason in the family. As a kid growing up, if he ever asked you a question, you better tell the truth because he likely already knew the answer.”

“(Bruce) was such a gentleman,” he said. “He’s a good businessman. He supported the community, all the stuff in the community. He was the kind of citizen you wanted in your town. He was an asset to Groves and we are really going to miss him.”

Sosa said he’s seen Thompson do miraculous things like donate property to the city where the current Groves Police Department sits and open the doors to his store during Hurricane Harvey.

“He was just a salt of the earth kind of guy,” Sosa said.

Bruce was married to Alletta May Rotroff Thompson, who died in 2018. They had two children Skylar Thomson and Caira Franz Thompson.