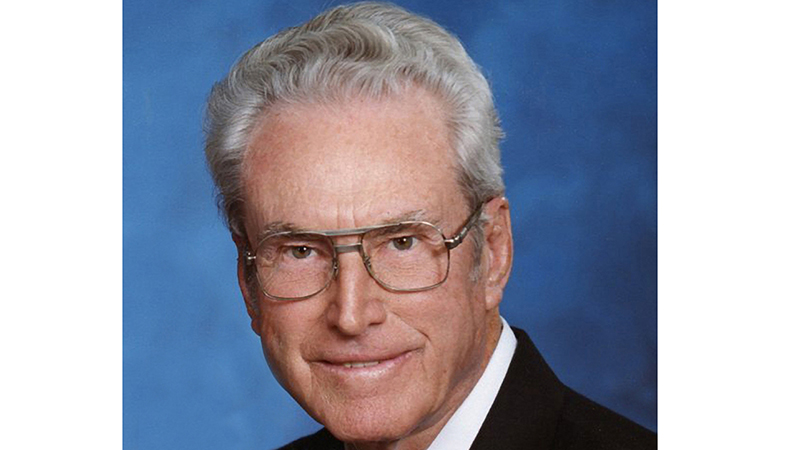 He was born September 26, 1922, in Leesville, Louisiana, to Lillie Louise Craft Cain and James Henry Cain.

James retired as Director of Refining Processes at the Gulf Oil Corporation refinery in Port Arthur where he was employed for forty-one years.

He enjoyed fishing at his camp on Lake Sam Rayburn and was an avid fan of football — especially the Colorado Buffaloes, Dallas Cowboys, and Port Neches-Groves Indians.

He is preceded in death by his parents, Lillie and James Henry Cain; wife of fifty-five years, Billie Lewis Cain; and sister, Reba Crouch.

His funeral service will be 11:00 a.m., Thursday, October 24, 2019, at Broussard’s, his interment with military honors to follow at Oak Bluff Memorial Park, Port Neches.

Memorial contributions may be made to the American Cancer Society, 4 Bayoubrandt Drive, Suite B, Beaumont, Texas 77706.