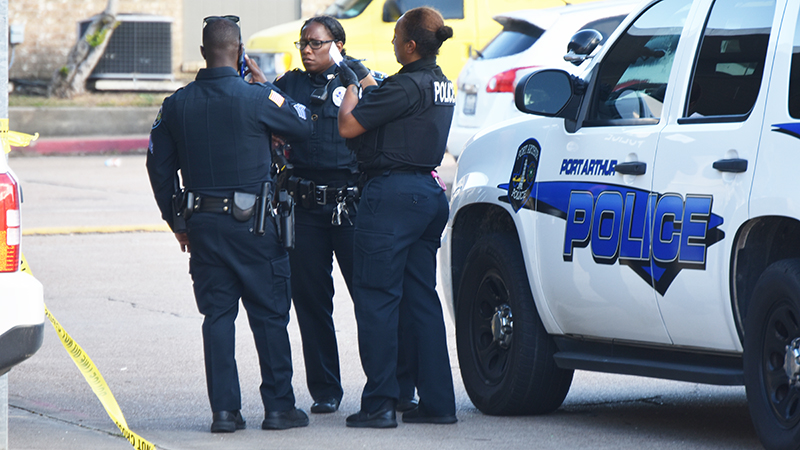 Police were called some time after 3:30 p.m. to the complex. Details were scarce; one male is dead and there is a person of interest, according to a Port Arthur Police Officer.

Upon arrival, officers said they located a black male who sustained a gunshot wound. The victim was taken to a local hospital and later died as a result of a single gunshot wound to the chest, police said.

Police said the identity of the victim would be released at a later date and time.

At least five PAPD vehicles were inside an area of the complex nearest to Willowbend Lane and crime scene tape was stretched across a parking area, blocking off a breezeway.

Numerous people stood on a sidewalk and all around the complex’s buildings. One man walked past uttering in grief, several other people hugged and wiped their eyes and a woman pulled the collar of her shirt up to cover her eyes as she cried loudly — all while small children played nearby.

On the Willowbend Lane side more crime scene tape was visible and several more police vehicles were parked strategically to block traffic. Yellow placards marked what is likely evidence in the street and grassy area near the wrought iron fence of the complex.

No further information was available as of 6 p.m. Friday.

This marks the seventh confirmed homicide in the city for 2019 and the second one is a week.