Sabine Pass moved its game at KIPP Houston down one week to this Friday and added a home game against Legacy Christian for Oct. 18.

It was either that or face four straight off-weeks.

While the Sharks (0-4) opened up an off-week earlier, coach Jason Thibodeaux made sure they didn’t miss a beat on the practice field. 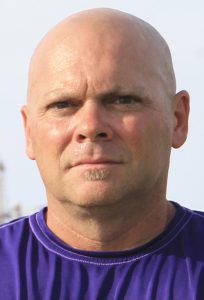 “We practiced all week,” he said. “We prepared like a normal week of practice. For two weeks, we’ve been going over offense and defense and stuff like that. We have a big hill to climb and a lot to make up for.”

The Sharks, who are playing an independent schedule this season, have three games remaining with hopes of adding an eighth for either Oct. 25 or Nov. 1. The season finale is Nov. 8 at home against Galveston O’Connell.

One game against the Orangefield junior varsity on Sept. 19 was canceled due to Tropical Storm Imelda.

Despite scheduling woes and in-game struggles this season, the Sharks have found a positive constant in player retention. They still have 22 for the season.

“They have it in their mindset they want to be a better program.”

The Sharks want to have all hands on deck when they take on the Kerberos (0-3), like Sabine Pass an independent program. Despite shutout losses to Brazos Christian and Hitchcock, KIPP Houston will bring plenty of size to its offensive and defensive lines, which concerns Thibodeaux. 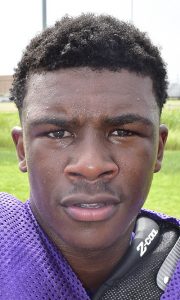 “They run spread,” Thibodeaux said. “They throw the football. They have a receiver who’s probably 6-3. We’re going to put our best player, Harold James, on him. I’m worried about their size up front. Hopefully, our quickness with our size can cancel out some of the size difference.”

Sabine Pass has scored plenty more points (35) than KIPP Houston this year (6), but both teams have struggled mightily on defense this year. A win Friday would give Sabine Pass another positive step in its progress toward becoming competitive again in the University Interscholastic League.

“That’s our plan, but we’ll sit down at the end of the season and get together and talk about that,” Thibodeaux said, asked about rejoining Texas’ public-school activity governing body for football.

“Our numbers are up. I have a lot of eighth-graders coming up. We’re only going to lose four seniors. I really don’t see us not going to UIL unless something happens.”