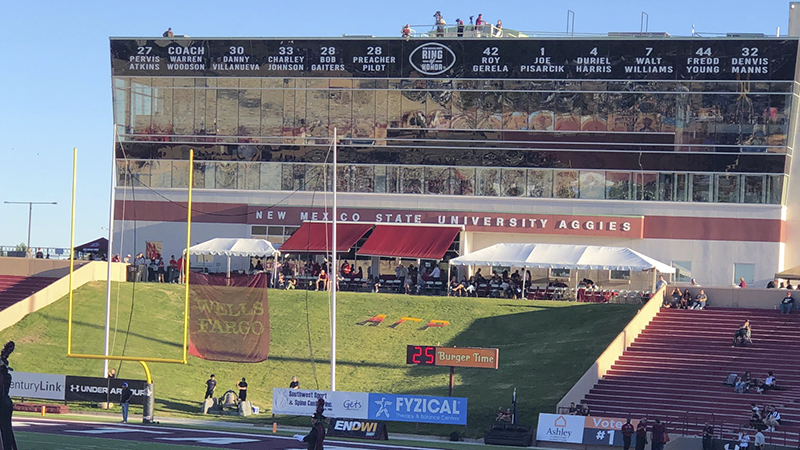 Before Duriel Harris made it to a Super Bowl with the Miami Dolphins, the Port Arthur native dotted his name in the record book at New Mexico State.

Harris’ accomplishments in Las Cruces earned the former wide receiver a place on the New Mexico State Ring of Honor last Friday. Harris was honored along with former players Danny Villanueva, Preacher Pilot, Bob Gaiters, Joe Pisarcik and Roy Gerela, all of whom played between 1958 and 1975. 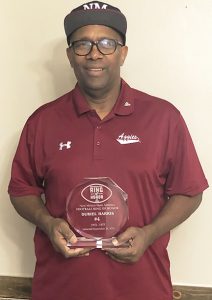 Harris, who graduated from Port Arthur’s Stephen F. Austin High School in 1972, won All-Missouri Valley Conference honors in his senior season (1975) at NMSU. He caught for 1,562 yards and 12 touchdowns while recording 463 rushing yards. He led the Aggies in receiving yards as a junior (701) and senior (607).

Harris still shares the record with five other players for the longest kickoff return in Aggie history. He went 100 yards on a return against Tulsa in 1975.

The next year, the Dolphins drafted Harris in the third round (80th overall). He spent nine of his 10 seasons in Miami, helping the Don Shula-coached team reach Super Bowl 17 (1982 season) against the eventual champion Washington Redskins, who had a running back from Port Arthur Lincoln High named Joe Washington Jr.

Harris totaled 5,055 receiving yards (16.7 yards per reception) with 20 touchdowns in his NFL career. He was named All-Pro and All-AFC by Pro Football Weekly in 1976.