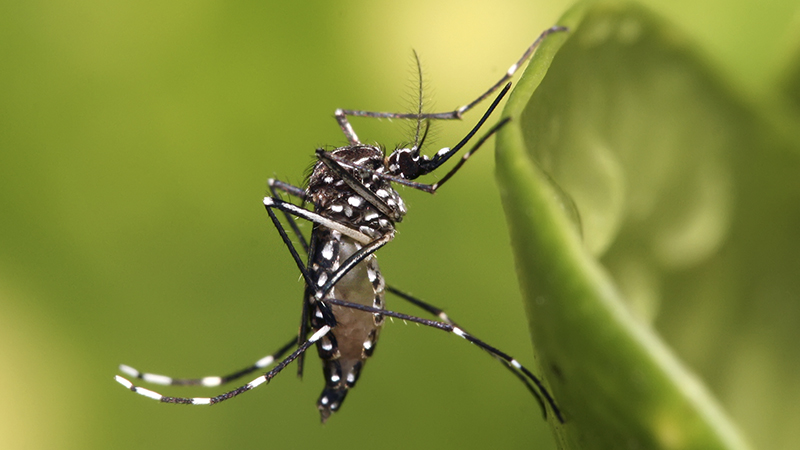 With Tropical Storm Imelda in the past, now come dreaded floodwater-bred mosquitos.

Officials are busy at work combatting the problem.

Kevin Sexton, director of the Jefferson County Mosquito Control District, said it takes five to seven days from mosquito eggs being laid to becoming an adult.

“Counts were fairly low (Tuesday) but counts are climbing,” Sexton said, adding this is to be expected.

Jefferson County Pct. 2 Commissioner Brent Weaver has been in contact with Sexton as have other county officials and said there is a plan in place to spray for mosquitoes.

Airplanes and trucks are working on the mosquito issue, attacking from the air and the ground.

The air assaults are timed though.

“The chemical is not residual, it won’t stay there. Droplets have to hit the mosquito,” Sexton said. “People get impatient and unfortunately we will always be behind the curve. The floodwater brings the mosquitoes that lay eggs near the water and eggs can remain dormant for years.

“Then, when there’s a high tide or big rain the submerged eggs all hatch at one time, that’s why there are no mosquitoes one day then mosquitoes the next,” he said.

The hardest hit mosquito areas are where the heavier rains from Imelda hit; the north and west parts of the county.

“We are expecting an influx of mosquitoes there, more so than the coastal areas,” he said. “(Hurricane) Harvey was different. We had more rain toward the coast.”

The experts at the Mosquito District don’t say they are “counting mosquitoes” when calculating the count. Instead they use a standardized method.

“We call them landing rates,” he said. “We send three inspectors out, the county is divided into three zones, south zone, central zone and north which accounts for the north and west end of the county. And they go to the same spots scattered in the zones and stand for three minutes and count what lands from the waist down. It sounds crazy but it’s the most accurate way.”

There are also light traps scattered about. A light bulb and fan go on at 7 p.m. and attracts any kind of bug and is picked up the next morning at 7 a.m.

From there the container is closed, brought to a lab and frozen to kill the insects. From there the staff etymologist begins separating male from female and by species — Jefferson County has about 50 species of mosquitoes but only 12 are commonly encountered.

Airplanes go out early in the morning and evening while trucks spray four nights a week in unincorporated areas. Trucks have a different type spray to deal with the disease carrying mosquitoes that are only active at night.