‘Not to be selfish’: Two-way players dot Bulldogs’ roster 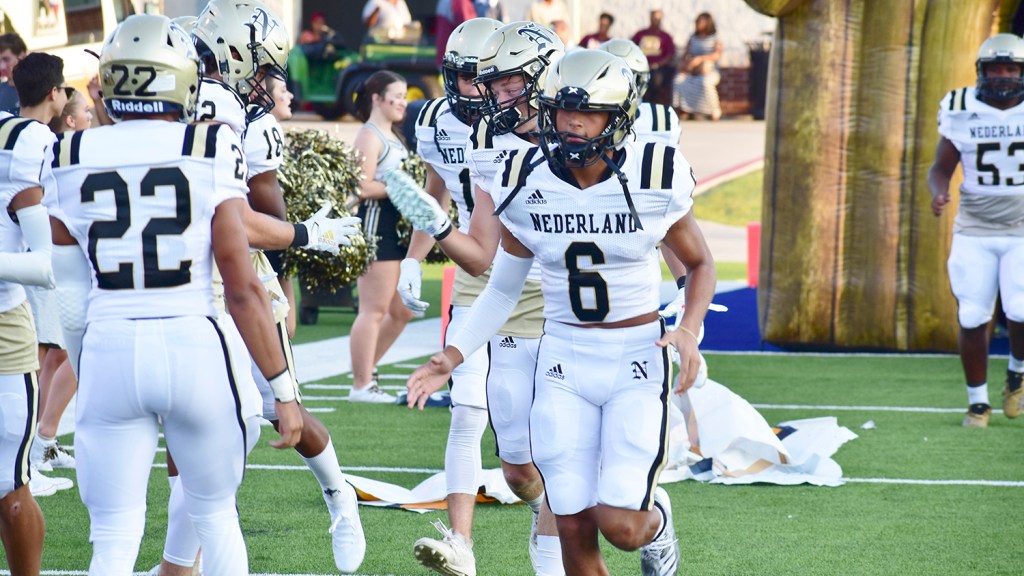 “It’s football season,” Cunningham said. “I cared more about the football team than I did with that right there. I’m closer with these boys.”

Instead of joining Mid-County Senior Babe Ruth on its trip to Mobile, Ala., in hopes of winning a championship, Cunningham put up his bat and glove for the year and began his junior season preparing for Nederland’s title defense in District 12-5A Division II.

Landon Hiltz made a similar decision as a junior two years ago. Hiltz gave up a trip to Ephrata, Wash., where Mid-County won its first world title, but went on to intercept seven passes that year for the Bulldogs. 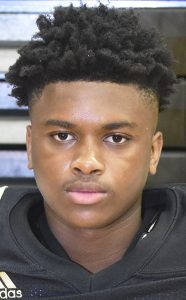 Nederland coach Monte Barrow did not influence Cunningham’s decision in any way.

“I don’t tell them, ‘You have to do this or you have to do that. You’re the one that made the commitment both ways, but where do you want to be?’” Barrow said. “It wasn’t a hard decision for Rene.”

Any unselfishness Cunningham displayed in his decision to join the football team has been translated onto the football field. Cunningham hasn’t solely played receiver this season, moving to safety for the home game against Silsbee on Sept. 13 when junior Kerrington Broussard dealt with sickness.

He’s not the only two-way threat in Nederland.

Starting cornerbacks Cedric Pete and Logan Nguyen have been used as receivers at times, and fellow senior wideout Bryson Garrett backs up as a cornerback. Even multi-position offensive threat Kyndon Fuselier did work on defense as a freshman last year.

If no one has to play two ways, Barrow said he tries not to let that happen.

“We’re going to put the best team we can on the field,” he said. “If it works out some years that it means we have no one going both ways at all, that’s great. It means the kids are out playing and we’re keeping people fresh. If it takes somebody to do both, whatever the necessity is — the higher necessity — they’ll get the majority of their rest on the other side of the ball.”

Imagine the competition in practice.

“We see who can get the ball more and can get open the most,” Garrett said.

Garrett is tied with two others for 10th in the district, making an impact in his lone season at Nederland. He was ruled ineligible for the 2018 season as a transfer from West Brook, which played for the 6A Division II championship last December.

Asked what he saw in Nederland’s program, Garrett said: “Everybody’s all one. Nobody’s left behind.”

A natural with great hands, as Barrow described, Garrett’s fit with the team coming from a 6A school caught the coach’s attention.

“Coming from West Brook, a bigger school, you may have a bigger chip on your shoulder that, ‘I’m the guy’ or whatever, but he’s fit in great with this team, which I think is bigger than anything, and they have faith and confidence in him being on the field,” Barrow said. “He’s going to make some big plays for us this year.”