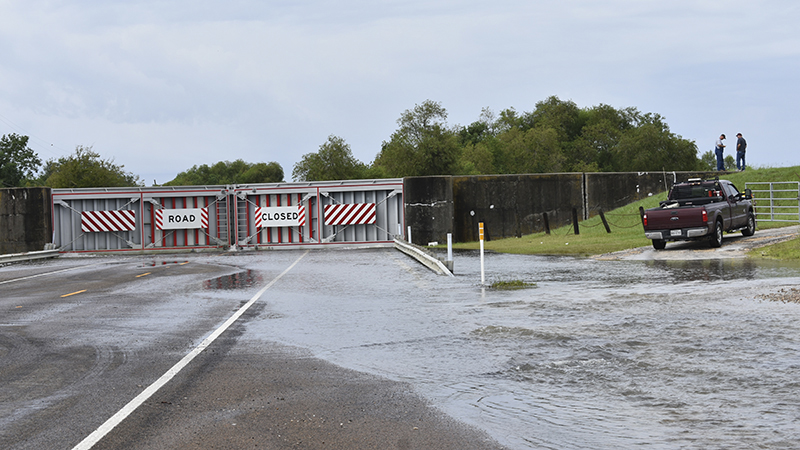 The floodgates in the 2900 block of FM 365 remained closed around noon on Friday. Officials said the gates would not reopen until the water receded. (Mary Meaux/The News)

The floodgates at FM 365 in Port Acres are now open for traffic along Hillebrandt Bayou Bridge.

The floodgates were closed last week as Tropical Storm Imelda flooded areas of the county.

TxDOT is working on a $14.6 million project to replace the Hillebrandt Bayou Bridge and work began in October 2018. Traffic has been down to one lane for a while as crews work on the other half of the structure.

The overall project is expected to be completed by 2023 and the bridge should open to two lanes of traffic in 2021.