Fishing after the rain: Locals take advantage of weather to cast their lines 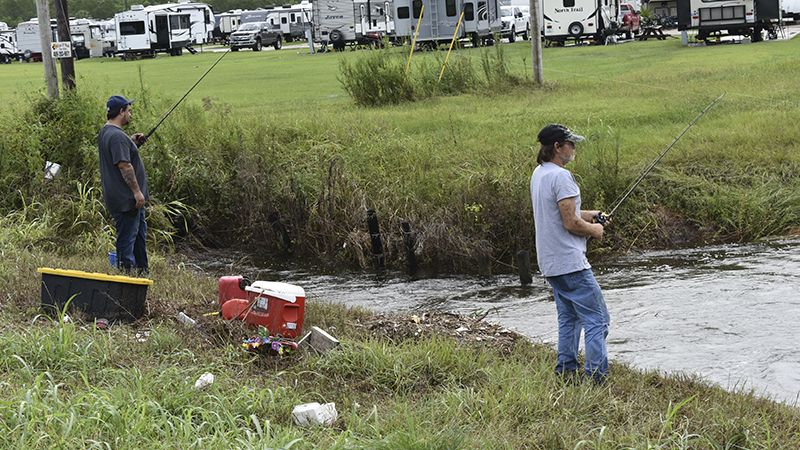 Brendan Cartwright, left, and Kent Pouche do some freshwater fishing in a canal near the FM 365 floodgates on Friday. (Mary Meaux/The News)

Sometimes the best time to go freshwater fishing is right after a rain, or a flood.

Kent Pouche and Brendan Cartwright can attest to this by the look of their ice chest that held upwards of eight large catfish by noon Friday.

The two local men loaded up and headed to a canal near the floodgates on FM 365 not far from Rodair Gully. The current was pretty fast, taking their lines bated with live bait to the waterway.

Pouche said the best time to fish is after a rain, or flood.

Pouche said there wasn’t much to do; the cable was out at home so he headed to the fishing hole.

Cartwright provided a peek inside the ice chest where eight large catfish were stacked on ice.

As they continued to fish, other cars and trucks began to pull up to the side of the road as more people sought a spot to fish — even in the rain.