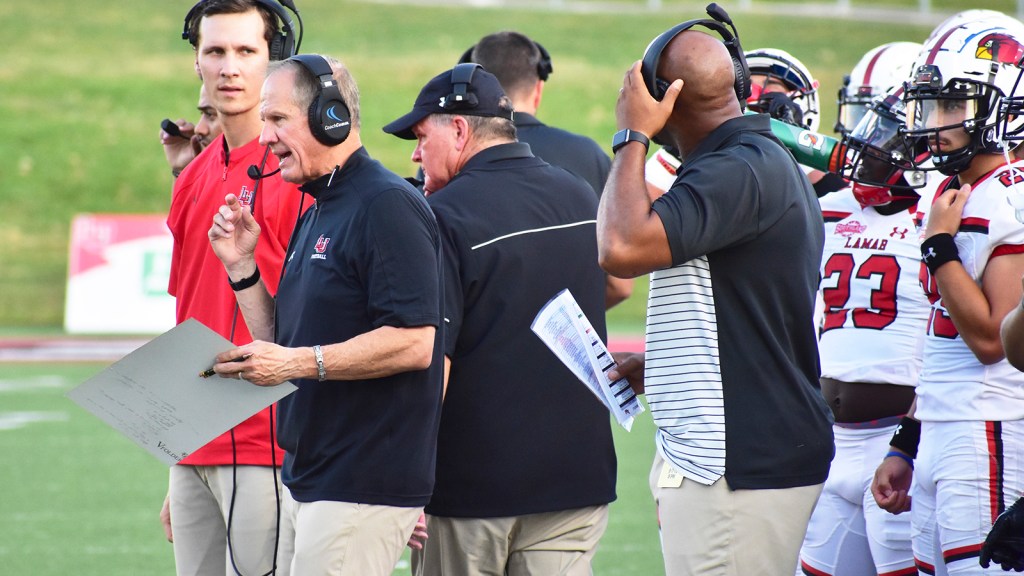 BEAUMONT — The second part of the Lamar football team’s schedule will begin today when the Cardinals travel to Hammond, Louisiana, to take on Southeastern Louisiana. The game will serve as the Southland Conference opener for both squads.

Big Red closed 2018 as the Southland’s primary storyline. The Lions have been the story line to start the 2019 campaign after their impressive season-opening victory over then No. 6 Jacksonville State. The Lions (1-1) followed that up with a near-upset against Mississippi last week.

The Cardinals jumped out to their best start since 1985 before heading to No. 16 Texas A&M last week and dropping their first game of the season, but the non-conference portion of the schedule is done for both schools. The Lions are looking to continue their successful start to the season, and the Red and White will be looking for a better start to league play compared to that of last season.

“This is the best Southeastern Louisiana football team we’ve faced since I’ve been here,” said LU head coach Mike Schultz. “They are good on both sides of the ball. Lance Guidry is their defensive coordinator – the same guy who was the head coach at McNeese last season – and he is a very talented defensive mind. On the offensive side of the ball, they are very tough to prepare for because they are very multiple and show you a ton of formations.”

History is not on LU’s side when it comes to Southland Conference openers. Big Red is just 11-20 (.355) all-time in conference openers and 2-6 (.250) since bringing back the program. The Cardinals will look for their first league-opening win since the 2015 season when the Cards traveled to Huntsville and knocked off nationally ranked Sam Houston State.

Saturday will mark the first time since the 2012 season that LU has opened the league schedule against Southeastern Louisiana.

The Lions are averaging 32 points, nearly 380 yards of offense on the season and are one of the least penalized teams in the conference.

For Big Red, a lot of hype was centered around the offense and the return of 2018 newcomer of the year Jordan Hoy, but it’s been the youthful defense that has grabbed a majority of the headlines.

“Southeastern opened the season with an overwhelming victory over nationally ranked Jacksonville State, then Jacksonville turns around and traveled up to Eastern Washington and defeated the Eagles on their field,” said Schultz. “The Lions followed up their victory against Jacksonville by traveling to Mississippi and that was a close football game right down to the end. Ole Miss was fortunate enough to make a couple plays at the end of the game to hold on for the win.”