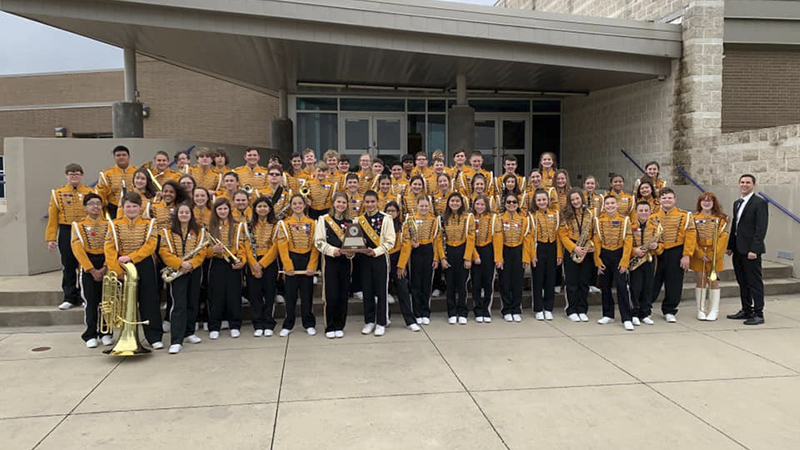 The C.O. Wilson and Central middle school bands were recognized nationally this month as Commended Winners in the 2019 Mark of Excellence National Wind Band Honors Project for the New Music Division.

Both bands entered recordings in May, and the top bands were selected as winners on Sept. 15.

The project received 320 entries from middle school to high school across 38 states. Bands were ranked by some of the top conductors and musicians in the field.

The performances of the ensembles represent the highest levels of music teaching, learning and performing.

C.O. Wilson band director Brandon Laird said he is proud of his students for receiving this national award.

“Our students have a very strong work ethic,” he said. “They all care deeply about what they do and how they do it. Nederland is known for having high quality bands and they try hard to uphold that tradition. They worked hard year round, they had goals on how they wanted to sound and they worked to get there.”

Laird said they picked the music in January and worked for four months before performing the piece at a UIL competition in April.

“All three of those pieces challenged us and required the kids to step up in both technique and musicality,” Laird said. “Most of them were seventh graders last year, so it was hard for those younger kids to fill those shoes but they did a great job performing those harder pieces.” 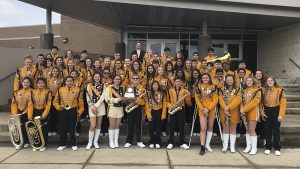 Central’s band director, Eric Rose, said first song was a march, the second had a slow tempo and the third combined many styles.

“We were excited that the middle school students were able to learn all three songs; that speaks volumes about how hard they all work,” he said.

Laird said every year the directors pick new and challenging music and he’s happy it paid off in the end.

“It’s a great recognition for the students,” he said. “They put so much time into these programs and their instruments. We always tell them that they are doing great, but it’s cool for them to have some tangible reference to look to for success.”

“We’re really excited about receiving the award,” he said. “It’s a national competition. It’s a big deal and a big honor for all of the students.”

Central was also chosen this summer as the 12th best band in Texas for middle schools according to the TMEA Honor Band Contest. Rose said his students deserve the praise they’ve received.

“It’s a team effort,” he said. “A lot of people don’t think of the band as being a team, but it’s all different pieces coming together.”

Laird said he wanted to give special recognition to his drum majors, Malachi Nunley and Kynslee Harris for their leadership, as well as to the Nederland administration for lending their support.

Rose also wanted to give a shout out to the Nederland admin, as well as assistant band director Jonathan Blake for all his hard work.

This year, Laird said his band is bigger than ever and he’s excited to see what that growth means for the program and its future success.

“It’s not so much intimidation but excitement,” he said. “It’s something to be able to look forward to and just another goal for us to reach.”