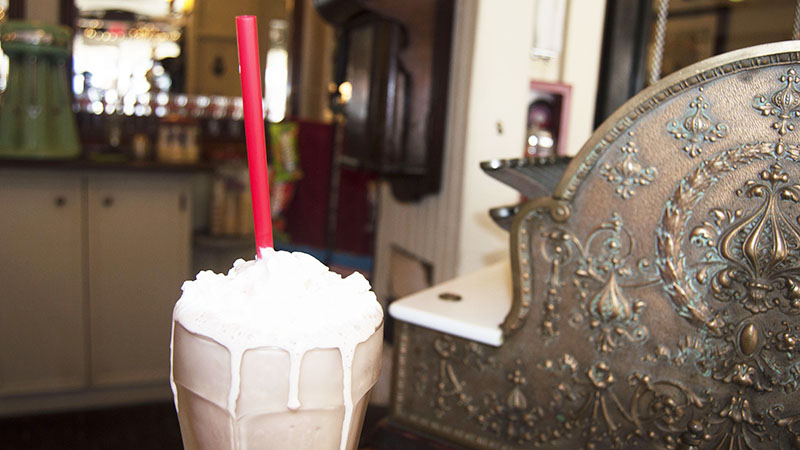 PORT NECHES — “In the old days,” as Mike Lisotta puts it, people used to savor their sweet treats, eating and drinking slowly so the rush of sugar and flavor could be extended as long as possible. 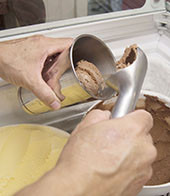 Real ice cream is the perfect start to a shake or malt.

“With a shake or a malt, it was meant for sipping,” Lisotta says. “It wasn’t meant like a Big Gulp or to drink like Gatorade. You’re sending sugar down yourself. It was supposed to be a treat, almost like you would savor a homemade cheesecake or something special.”

Mike Lisotta was talking sweets yesterday because he is The Port Arthur News’ go-to source for National Chocolate Milkshake Day, celebrated each year on Sept. 12.

The annual “holiday” is a time to enjoy a cold, thick, frothy chocolate milk shake, because industry experts say chocolate is the most popular milkshake flavor.

According to holidayinsights.com, the first milkshakes were made in 1885 and originally sold in bars and saloons. The original milkshake was made of whiskey, eggs and cream.

The whiskey was replaced by chocolate, vanilla or strawberry syrup in the early 1900s. It’s said that a Walgreens employee added malted milk powder to the recipe in 1922, the same year Steven Poplawski invented the electric blender.

This made milk shakes more smooth and frothy. By the 1930s, malt shops popped up around the country, selling malted milkshakes and other ice creams. 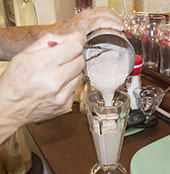 A shake is best when you don’t rush to drink it.

This brings us back to Lisotta, who opened Mike’s Old Fashioned Soda Fountain on Port Neches Avenue seven years ago last month.

He broke down the process of the perfect milkshake, saying it starts with ice cream. Blue Bell is the brand of choice at Mike’s Old Fashioned.

“Most places make shakes with soft serve ice cream and a lot of them aren’t even doing malts,” Lisotta said. “I don’t understand why because it is so easy, just add malt flavoring or powder to a shake. In the old days, malts were everything because of the malt shop.”

Three and a half scoops of chocolate ice cream should be followed by milk before mixing in a classic 1940s mixer.

A touch of whipped cream is up to the patron, but drinking while cold is still the best.

“You came here for an experience,” Lisotta said. “Slow down and sip your coke or your malt. Everybody is on fast forward. You’re supposed to savor it. It is something special.”

Lisotta jokes that his dessert destination is like a ministry because people come in and share joy, passing on “that nostalgia feeling you get at Christmas time.”

Although Thursday was officially National Chocolate Milkshake Day, Lisotta is honest in saying that the classic vanilla malt is his favorite.

“It’s nice and clean, it just tastes delicious. Who can explain their taste buds,” he says. 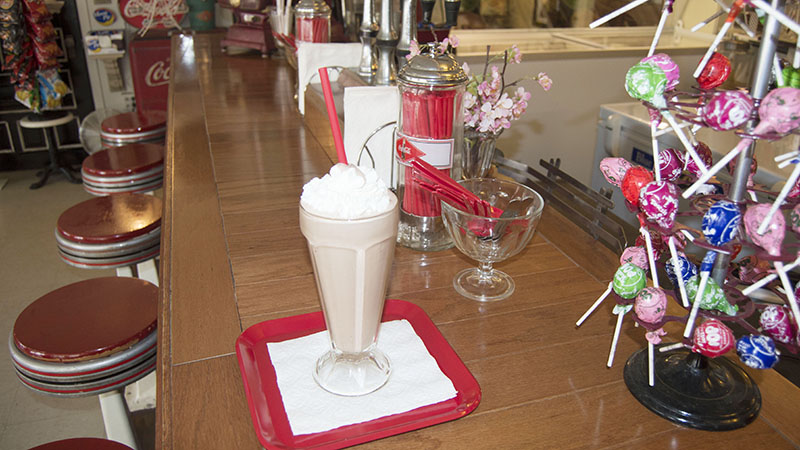