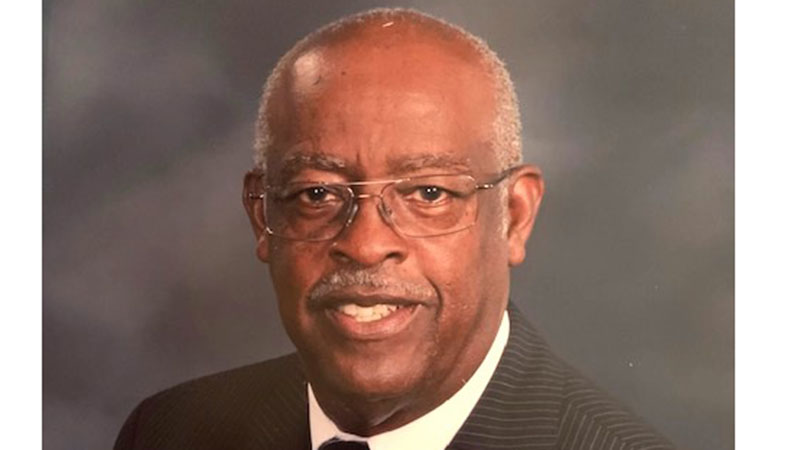 Levi Adams Jr. of Port Arthur, Texas transitioned from his earthly life at the age of 83 on Monday afternoon, September 9, 2019.

In the presence of his loving wife, Sharon, and devoted son, Langston, he went home to his heavenly father from Hermann Memorial Hospital, Houston, Texas.

Levi was born on September 23, 1935, to the union of Levy Adams and Gustavia Scypion Adams.

He grew up knowing the Lord at an early age and was baptized at First Sixth Street Baptist Church in Port Arthur, Texas where he served faithfully for many years.

He was ordained a deacon at Bethlehem Baptist Church in Terrell, Texas.

He gave both spiritual and financial support to many church endeavors including being a member of the choir, the benevolence committee member and helping many who were in need from the church and community.

He received his elementary and secondary education at Lincoln High School where he was inspired to attend college with a strong emphasis on sports.

After graduation, he enrolled in Huston-Tillotson College in Austin, Texas and received his Bachelor of Science degree in May 1959.

Under the coaching leadership of Allen Miller and Rip Collins, Levi excelled in tennis and basketball.

He pledged Omega Psi Phi fraternity, Inc. and received his 50 Years of Service award in 2015.

He began his career as a YMCA director. Later, he became a physical education teacher and a coach, ending his career at Booker T. Washington Elementary School as an assistant principal.

He loved the children and encouraged his peers to demonstrate that same love.

On July 18, 1964, Levi and Sharon Adams were united in the holy sacrament of matrimony.

To that union was born one son, Langston Scott Adams.

Langston and his wife, Angela, blessed Levi and Sharon with one grandson, Langston Scott Adams, Jr.

Levi’s son has followed in his father’s footsteps by modeling what a father-son relationship is all about.

Levi’s most endearing quality was his love for his family. He would not allow you to leave his company without touching his heart and saying, “I love you.”

Levi showed love of family, love of friends and love of neighbors throughout the community.

He never met anyone that he did not love.

He was a member of Phi Delta Kappa educator’s organization, Port Arthur Retired School Personnel, and the Alliance of Concerned Citizens. He encouraged citizens to actively participate in the political system in
order to get positive change for the good of all.

He enjoyed traveling to places of interest throughout the world.

Levi was preceded in death by his grandparents; parents, Levy and Gustavia Adams; his brothers, John Adams and Charles Adams (Ella); his aunts and uncles.