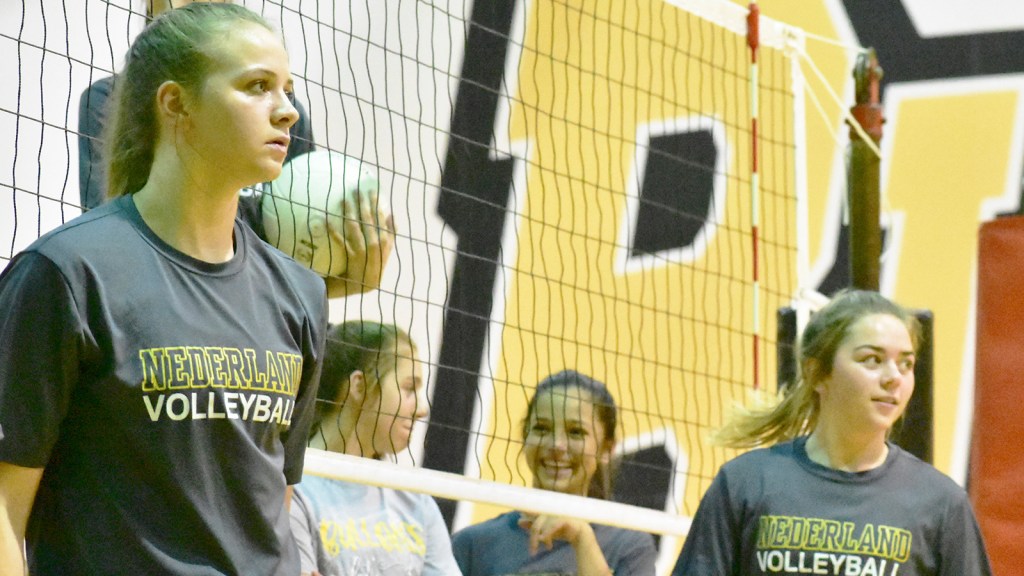 NEDERLAND — Kamren Savarino collected 44 assists in a four-set match Friday against Woodville, and that’s not the first time the Nederland sophomore was on the giving end of more than 40 kills.

On Aug. 20, Savarino racked up 52 kills in a five-set victory over Little Cypress-Mauriceville, nearly double her season average.

Goodness, she’s only a sophomore.

“She really finds a way, no matter if the passes have been off or really good passes find a way to make us offensive,” Bulldogs coach Allie Crommett said. “She’s putting the ball where we need to be able to put the ball away, so that’s really helped us out a lot in the last couple of games.”

Senior Hannah Hickey, who averages 11 kills per match, thanks Savarino very much.

“Someone who adjusts to all the passes to get the ball where it needs to be and has a good attitude around the court,” Hickey said in commending her younger teammate.

The Bulldogs’ sophomore class is making its mark in varsity play this season and helped the team recover from a 2-6 start to reach 16-12, with a match at Goose Creek Memorial tonight before hosting Port Arthur Memorial to start District 21-5A play Friday.

“I’m glad the seniors are able to put my sets away to give me a bunch of assists,” Savarino said.

She’s not the only impact sophomore. Kaylee Adams, a libero voted team captain, averages 22 digs per match, and Katie Perez — who plays all six rotations — contributes eight kills and six digs on average. It’s the back row, Perez believes, where the Bulldogs’ season turnaround began, adding the passing has improved each outing.

“As a sophomore, I think our class has been great this season,” Perez said, “and I’m glad to see we’re playing as much as we are.”

Nederland is 1-1 in five-set matches, the other being a loss to Sweeny.

But four-set matches have become a specialty for Crommett’s team. The Bulldogs have recovered from a number of first-set losses to win three in a row during their season turnaround.