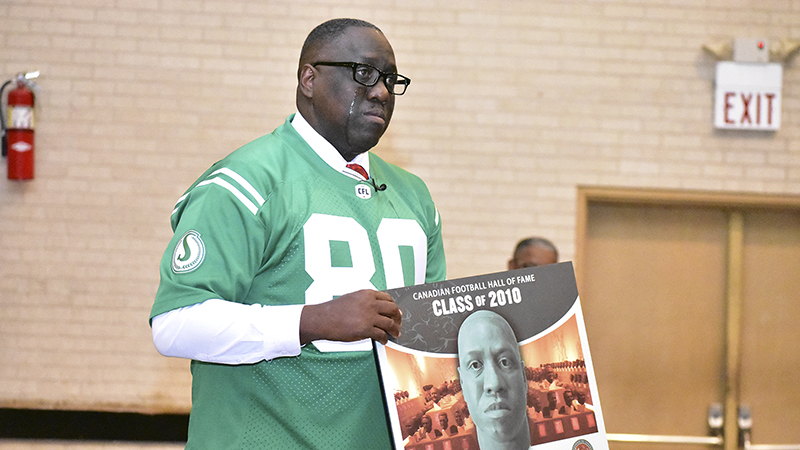 Narcisse shows emotion while showing his Hall of Fame bust, as he shares how his mother passed away before getting to see him inducted in 2010. (I.C. Murrell/The News) 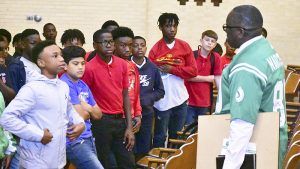 Narcisse shares final thoughts with the players before they depart for class. (I.C. Murrell/The News)

He shared words of inspiration and talking about his rise from his playing days at Lincoln High School to Texas Southern University to the Saskatchewan Roughriders of the CFL.

Narcisse, 54, said it was his first time at the campus since graduating from Lincoln High in 1983. 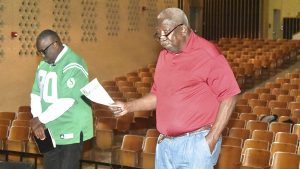 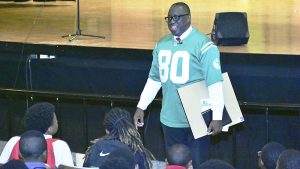