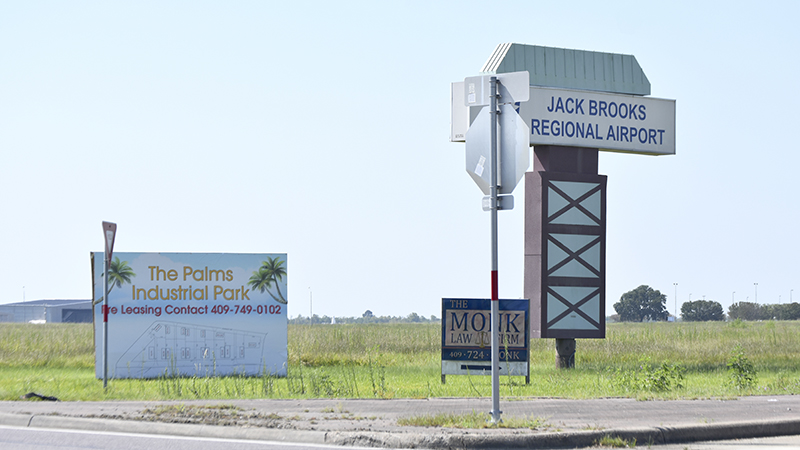 The Palms Industrial Park near the Jack Brooks Regional Airport is taking off, so to speak.

The approximate 15 acres of land for the industrial park are located near the Mid-County branch of the Jefferson County Tax Office and as of Thursday, two buildings — yet to be built — have been leased with signed contracts, developer Henry LaBrie said.

A sign at the corner of the service road near the airport gives the pre-leasing contact number along with a schematic of The Palms Industrial Park. LaBrie said he is waiting on a site drainage plan and once he has that in hand then the necessary permits would be issued.

“Hopefully by the end of next week,” LaBrie said.

LaBrie has been in business for 35 years, since right out of high school, he said, and is responsible for the Silos shopping center near Tram Road in Beaumont.

When he first approached Jefferson County there were issues with back taxes; he has since paid up, according to information from the county.

LaBrie was granted a land lease agreement from the county for the development in July.

The agreement between LaBrie and the county shows if something happens with LaBrie’s finances in the future, the buildings are on county property and the county has no financial obligation.