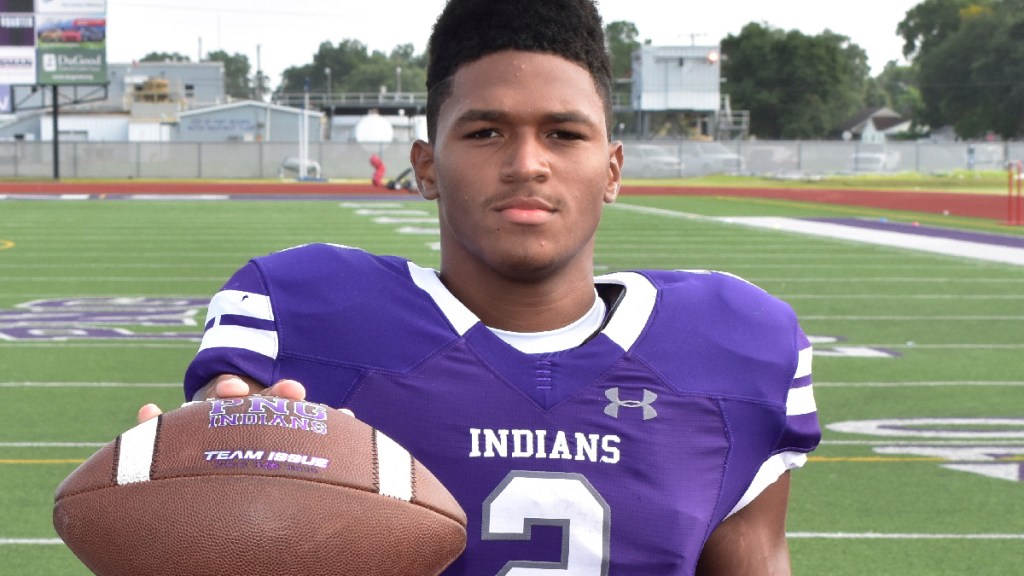 The University of Texas’ most recent depth chart shows Roschon Johnson of Port Neches moving into the second string at running back behind sophomore Keaontay Ingram for Saturday’s game against LSU.

Johnson, who graduated from Port Neches-Groves last December, ran seven times for 26 yards in a 45-14 win over Louisiana Tech this past Saturday in Austin. The former Indians quarterback rushed for 4,846 of his 12,462 total offensive yards in three seasons of varsity football.

Johnson moved up after true freshman Jordan Whittington of Cuero sustained a sports hernia and is expected to go to Philadelphia soon for surgery. Whittington is expected to miss close to six weeks before returning, coach Tom Herman said.

Johnson practiced at quarterback until this preseason camp and was listed as third-string quarterback behind junior Sam Ehlinger and redshirt freshman Casey Thompson going into the Louisiana Tech game.

LSU, coming off a 55-3 win over Georgia Southern, will visit Texas for a 6:30 p.m. kickoff Saturday on ABC (KBMT-12). Port Arthur product and Memorial graduate Kary Vincent Jr. is a nickelback for the Tigers.