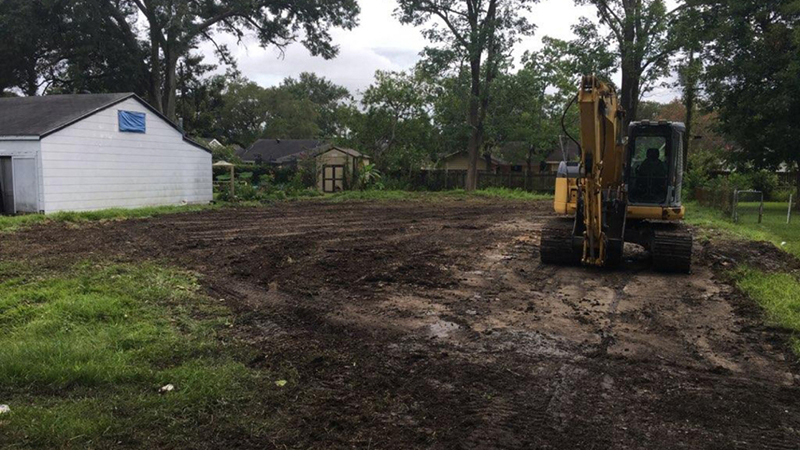 This photo shows the property at 3041 Boyd in Groves after the lot was cleared. (Courtesy photo)

Groves property values rose by $56,689,420 in the past year, according to the proposed 2020 budget, and City Manager D. E. Sosa believes the way the city handles its delinquent properties is perhaps the biggest factor.

“Everything positive that has happened with the new values, new subdivisions, new homes being built, the impetus of all that is the Peace and Dignity Program,” Sosa said. “Everything was built on the fact that Groves was growing, Groves was getting rid of all the eyesores, Groves was building back the neighborhoods. And with the reputation change, people got back confidence.”

The programs work together to clean up properties that run afoul of city ordinances while encouraging the building of new and better homes. 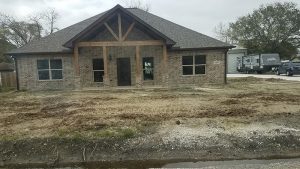 This photo shows the property at 3200 Walnut in Groves after the lot was cleared. (Courtesy photo) 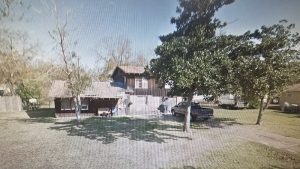 This photo shows the property at 3200 Walnut in Groves before the building was demolished. The lot was one of several in Groves to undergo rehabilitation as part of the Peace and Dignity and new homes incentives programs. (Courtesy photo)

Groves provides a number of incentives for the construction of new singe-family homes on rehabilitated properties:

The Peace and Dignity Program makes sure homeowners are following city ordinances regarding property upkeep as a way to maintain higher values. Sosa said the philosophy behind the program was inspired by the broken windows theory, in which visible signs of criminal activity, like vandalism, are believed to foster even more crime in the community.

Sosa and the City Council wanted, instead, to foster greater confidence in Groves neighborhoods.

A big part of the program is Groves’ code enforcement officer Adam Mayea.

Mayea, who has worked for the city since 1996, was hired to dedicate code enforcement to one person, rather than several city departments, and after nearly two years he believes he is making a dent.

“I think we’ve hit on the surface of it,” Mayea said. “The thing about code enforcement is it doesn’t stop; it’s never ending. You’ll clean up one area and the next day something else will pop up a block down the road or on the other side of town. It’s non-stop, it’s always going.”

Mayea also hopes that any resident who receives one of his letters understands that he is willing to help.

“If you get a letter and you have a complaint or question about it, call,” he said. “We will do what we can to help you out. You give me a call and I’ll work with you. Don’t get a letter and sit on it for three or four weeks and force my hand. Give me a call. Everything can be fixed. It may take a little bit more time, but we’re some lenient to an extent, we’ll help you out as best we can.”