Public can weigh in on Groves budget 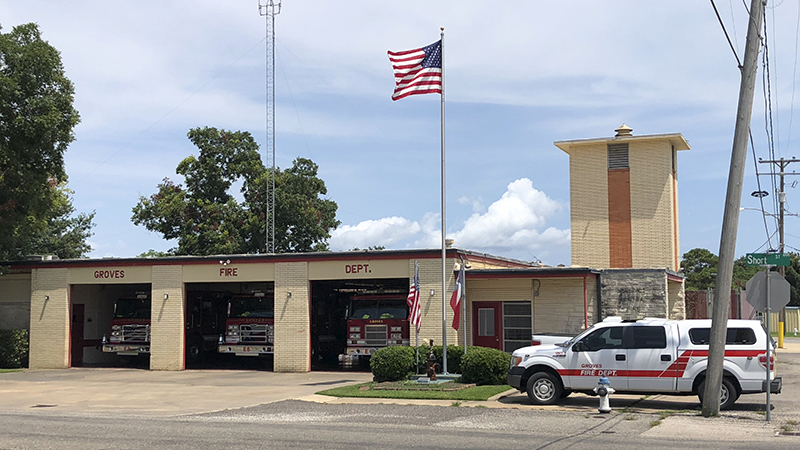 In addition to a 0.16-cent increase in the property tax rate, Groves is also planning to give city employees a 3 percent cost-of-living adjustment and would like to use sales taxes collected for the Groves Economic Development Corp. to fund the construction of a new fire station.

Here are some of the highlights of the proposed budget:

The budget presented to the city council Monday originally proposed a 2 percent cost-of-living adjustment for city employees. City manager D.E. Sosa says the savings from switching the employees’ health insurance plan to United Healthcare is confirmed to allow a bump up to 3 percent.

“The labor market here is tighter than I’ve ever seen,” Sosa said. “Because of the tight market here we’re recommending for just our entry-level laborers that the council drop the lowest level. In light of the economy and current labor markets, this will help the city retain these employees and the investment that has been made in them.”

Dropping the lowest tier for entry-level employees is estimated to cost about $10,000, while the city is expecting to see savings of about $94,000 from the new health insurance plan.

Sosa is proposing the city adopt a 0.16-cent increase in property tax rates, bringing the rate to 76.16 cents, which he says will cost taxpayers about $1.60 per $100,000 in property value per year.

Sosa suggested the nudge with an eye towards the former Super Kmart building on Twin City Highway, which has been bought and will be used by local industry as a warehouse, the inventory of which the city of Groves can tax. Sosa expects revenue from the taxed inventory could bring in as much as $160,000.

A 0.10-cent increase in customer rates and a 0.01 increase in fees for commercial and industrial wastewater treatment are expected to bring in $219,290 in additional revenue. Customers would see an increase of about $1 a month for the average water bill.

“This is a big revenue maker,” Sosa said of the fee. “Industries have to use Johnny on the Spot, whatever they can, to provide services for employees and workers.”

“We no longer need the debt service on the plant, so we should shift the tax to the fire station,” Sosa said. “We can start the process getting the fire station off the ground. The beauty is that it will not affect the property taxes; we can build it the same way we build the wastewater plant.”

The fire station would be built across the street from the Groves Police Department building.

Servicing the city’s debt will cost $581,900 in the proposed budget, and, if no new debts are accrued, that cost will be what the city pays for the next nine years.

Sosa isn’t worried about the debt, though.

“This is long-term bonded debt that all cities carry,” he said. “It’s like what you pay a house note on. You have to pay debt every year, and that’s taken out of the debt services tax rate. That doesn’t mean were in trouble.”

“The debt is something that doesn’t bother me at all,” he said. “It’s something we budget for ever year; having debt doesn’t mean you’re a bad city.”