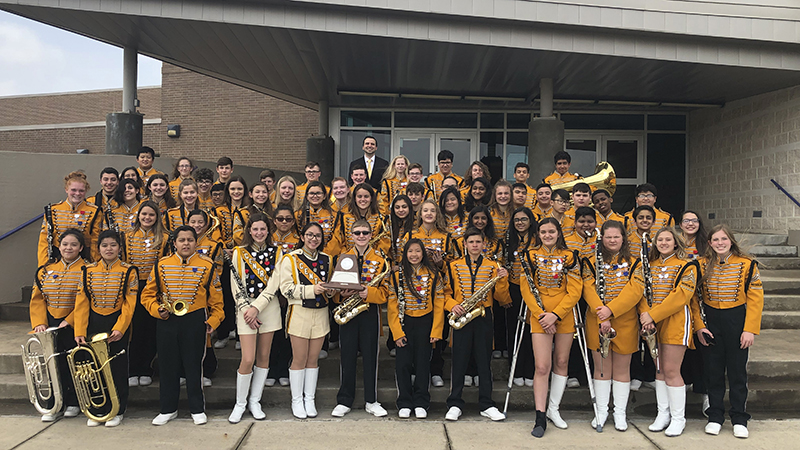 In an issued statement, the school said this is a competitive band competition held every two years by classification and includes the best bands from across Texas.

During each contest level, five adjudicators listened to the recordings and ranked the bands. Central advanced in all three levels, culminating in the 12th-place state finish.

As part of the TMEA Honor Band process, middle schools were required to submit three selections, including one march, from recordings of competitive concert or festival performances in the current year.

Central’s music selections were Aces of the Air by K.L. King, The Steppes of Russia by Elliot Del Borgo and Blue Ridge Saga by James Swearingen. Central’s submission came from performances that took place in April and May.

Directors for the band are Eric Rose and Jonathan Blake.