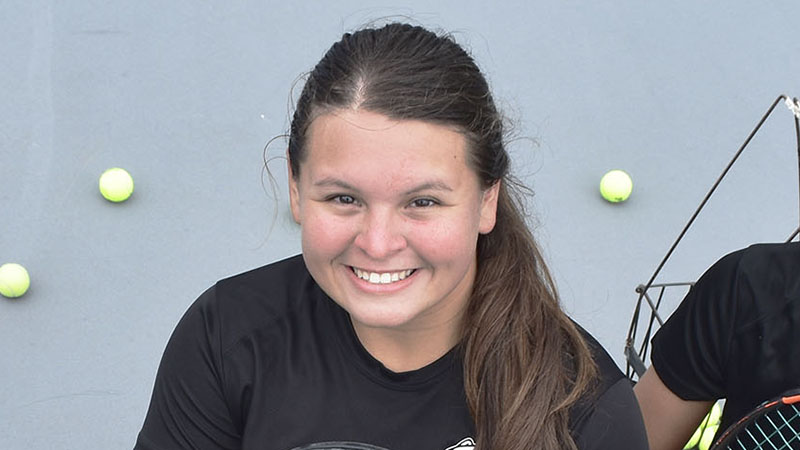 BEAUMONT – The Lamar women’s tennis team strengthened its roster with the addition of three standouts Friday morning. Denise Simonetti (Italy), Ana Jolic (Serbia) and Jayci Wong (Nederland) will continue their education and play tennis for the Cardinals, head coach David Wong announced. If the last two names sound familiar that is because they already have a connection to the program. Jolic is the younger sister of junior Sanja Jolic, while Wong is the daughter of the coach.

The 2019 incoming class brings with it an international and local flair. Simonetti comes to the Golden Triangle from Italy, while Jolic is a native of Serbia. Wong was one of the state’s top players representing Nederland High School for the past four seasons.

“I’m very excited about this signing class,” said Wong. “We’ve added three players each with different strengths which I believe will help our program. Ana is the younger sister of Sanja and will be a strong addition to the squad. We’ve known about her for awhile and she will be able to come in and help right away. Simonetti comes to us with a similar Italian ranking as Bianca (Vitale) last year, and I believe she can have a similar impact on our team.

“Obviously, this is a special day for my family. I’m so very proud to have my daughter joining our roster. She has wanted to be a Cardinal her whole life and has grown up around the program. She brings with her a strong skill set which I believe could really help this team in doubles,” added Wong.

Wong comes to LU after a standout career at Nederland. A former SETCA Tennis Player of the Year, Wong closed her prep career by qualifying for the state tournament three times – including this past season where she advanced to the semifinals in doubles.

A three-time team MVP, Wong won district during her rookie season advancing to the state finals after posting a 33-2 (.943) overall record. Wong’s rookie season was a sign of things to come has she won the district title all four seasons. She wrapped up her high school career with more than 100 wins compared to only 11 setbacks.

Simonetti comes to the Golden Triangle sporting a 2.6 national ranking from Italy – a ranking that has produced several top NCAA Division I talents from Italy. Over the course of the past two seasons, Simonetti has won several open tournaments as well as posting strong results in some ITF tournaments. She also battled back to win the consolation UTR draw at a national tournament in Milan.