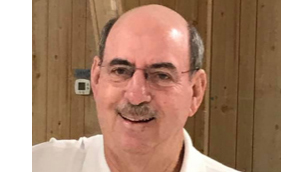 A native of Mobile, AL Ronnie grew up in Vinton, LA. He has resided in Groves since 1972.

He was a parishioner of Immaculate Conception Catholic Church where he was a member of the Knights of Columbus and involved in the ACTS Community and the Men’s Usher Group.

Ronnie was, also, active with the Old Folks Supper Club and the GITMO Reunion Group.

Ronnie is preceded in death by his parents Raleigh and Elia Breaux and a granddaughter Bailey Bohannon.

Survivors include his wife, Carol; his daughters and their husbands, Teresa and Randy Salsbury, Amy and Kelly Ducote, Katie and Matt Gerdin and Sarah and Karl Gassen; a sister and her husband, Karen and Darby Usey; a sister-in-law and her husband, Jan and Greg Kopps.

He, also, leaves behind his grandchildren Benjamin and Bradley Bohannon, Ryan and Emmy Ducote, Ally and Evan Gerdin and Ava, Kade and Carter Gassen and three great grandchildren.

A Gathering of Friends and Family to Celebrate Ronnie’s Life will be from 5:00 – 8:00PM on Sunday, August 18, 2019 with a Recitation of the Rosary beginning at 6:30PM in the Chapel of Grammier – Oberle Funeral Home.

A Mass of Christian Burial will be Monday, August 19, 2019 at Immaculate Conception Catholic Church. The interment will follow at Greenlawn Memorial Park.