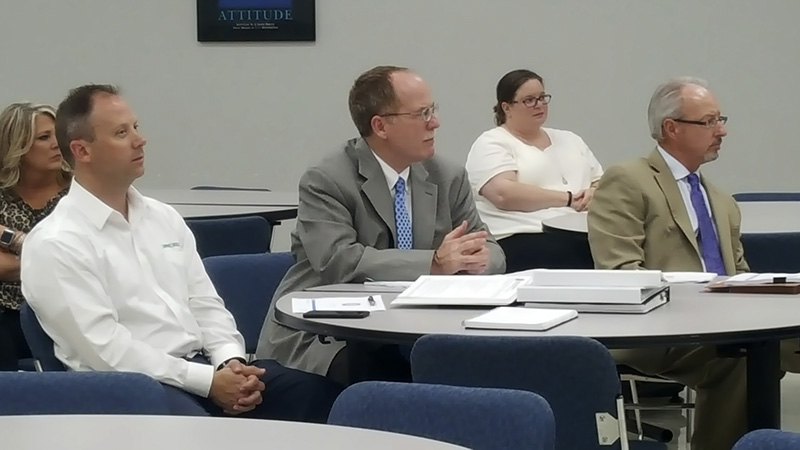 Before Brandon Cropper earned his spot on the PNGISD board of trustees in 2016 he served on the district’s facilities committee.

“It was eye-opening to go through the schools,” Cropper said.

He went on to say that, during the discussions, it was evident people wanted neighborhood schools, community schools. Super schools were not what the community wanted.

The bond would reduce the district’s six elementary schools to four — two in Groves and two in Port Neches. Each city would have one prekindergarten–second grade school and one third–fifth grade school.

PNGISD Superintendent Mike Gonzales said he believes this is the best grade configuration for the students. He doesn’t believe the PNGISD community wants prekindergarten to fifth grade schools — having the older fifth graders in the same school as the younger ones — although some districts do this and it works for them.

Cost is another factor to building PK-5th grade schools.

“We just can’t afford to build campuses that big,” he said.

The superintendent said he told staff during the recent convocation that no one will lose their job when the change occurs.

One person was absent from the meeting — Maintenance Director Jeff Bergeron. Gonzales noted that Bergerson was out because of issues with the air conditioning at Groves Elementary School.

Aging school facilities have been an issue for some time. Gonzales said the maintenance budget last year saw a $100,000 increase and “we may have a $100,000 bill before school event starts.”