There is help for your family photos, documents after a disaster 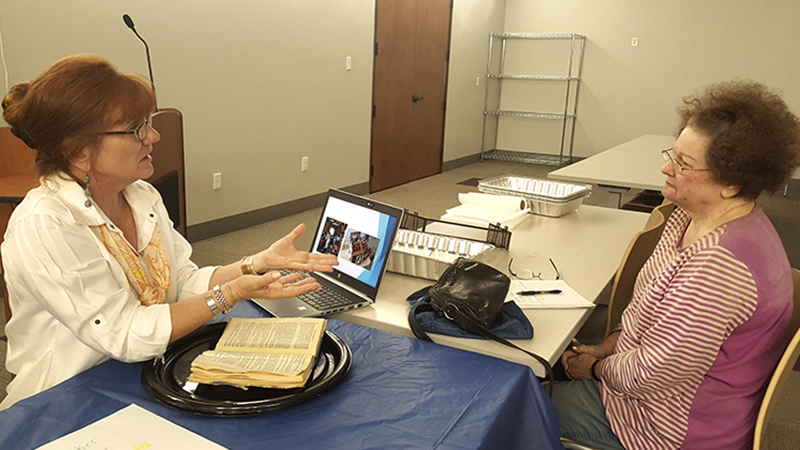 Jenniffer Hudson Conners stood over an aluminum pan with 1970s era photos and poured water over them. 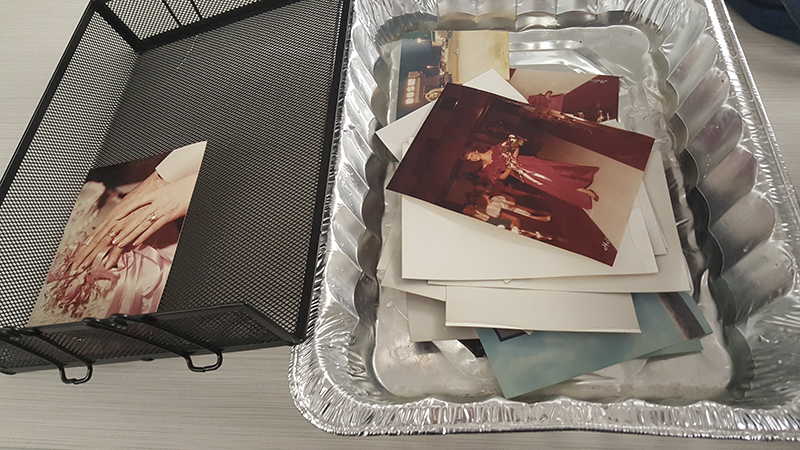 A wet photo sits in a metal tray drying after being submerged.

The photos sat for a while as she talked; near her was a hardback book that was swollen from being submerged.

Conners, assistant director at the Port Arthur Public Library, presented a session on Salvaging Family Treasurers at the library this weekend where these soggy items came into play.

A lot of what she passed on to library patron Jonel Eisemann is techniques she used first hand after her brother-in-law’s home in Sour Lake saw 12 1/2 feet of floodwater during Hurricane and Tropical Storm Harvey.

And sometimes, salvaging those family treasures starts way before a flood or disaster.

Conners suggested making copies of photos and giving them to relatives.

“Know what you have to start with and take care of them in the beginning,” Conners said.

She also suggested knowing what you would want to save. She gave an example of how her husband has a collection of barbershop mustache mugs. She wondered which ones to save should disaster strike and he said just one, his grandfather’s. So she placed a note on the mug with the name of the original owner — this will help later down the road.

Conners also used several different mediums and wrote on a piece of paper — pen, pencil, highlighter, marker and when the paper was submerged the highlighter ‘ink’ had washed away.

This, she said, is important if a loved one highlights a document — maybe a special passage in a book, and it becomes damaged.

“It’s good to know in case something happens,” Eisemann said. “And you don’t have to throw it all away.”