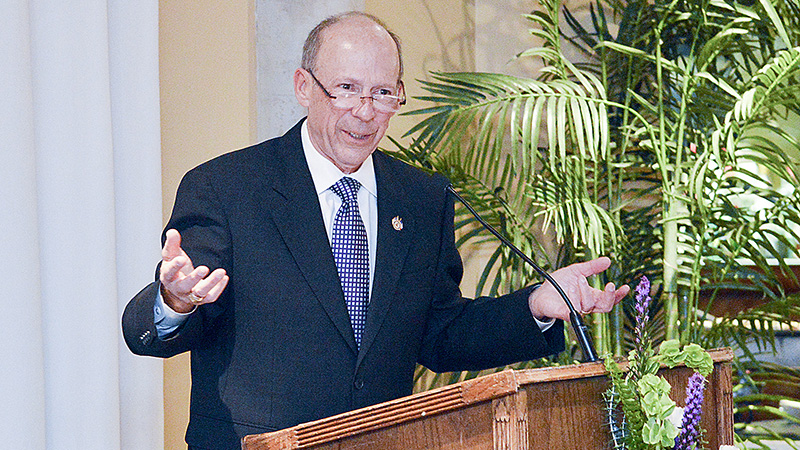 Port Arthur native Damon West, motivational speaker, life coach and author, has known Tortorice for many years and considers him an inspiration.

“Joe Tortorice and I met through Kolbe Prison Ministries, where he taught me, by his example, how to be a servant leader,” West said. “His love for some of the most forgotten, most marginalized and most reviled in society was the purest example I have ever seen of the verse, Matthew 25:36.

“As a dedicated servant leader, he measured each day with how much he could put back into the stream of life. He always made people feel so important because he freely gave his most precious resource: time. His commitment to his faith, his family, his business, his community and to helping others was unmatched. He was one of the greatest men this world has ever known.”

Tortorice, a Beaumont native, spoke often of being a servant leader. Back in 2016 he was keynote speaker at the Port Neches Chamber of Commerce’s annual banquet.

He told of how he drew inspiration from different sources. There is David Glass, retired CEO of Walmart, who tells of servant leadership and Holocaust survivor Viktor Frankl, author of Man’s Search for Meaning in which he chronicles life as a concentration camp prisoner and the importance of finding meaning in all forms of existence.

Texas A&M University Association of Former Students recently named him one of their distinguished alumni, saying Tortorice, “founded Jason’s Deli in 1976; the restaurant chain has since expanded to 284 delis in 28 states and was the first national chain restaurant to eliminate partially hydrogenated oils, high fructose corn syrup, monosodium glutamate and artificial dyes from its menu. Its Career Path program helps employees learn life skills and pace their own growth.”

At A&M, Tortorice was a member of the Corps of Cadets Hall of Honor and an Outstanding Alumnus of the Mays Business School who has served on many A&M development councils.

Tortorice was part of the Catholic Equestrian Order of the Holy Sepulchre of Jerusalem. He was active with Beaumont’s St. Anthony Cathedral Basilica ACTS ministry; St. Mary’s in College Station and Kolbe ministry to prisons and has been a Bishop’s Faith Appeal director in Beaumont and a member of the M.D. Anderson Cancer Center Board of Visitors.