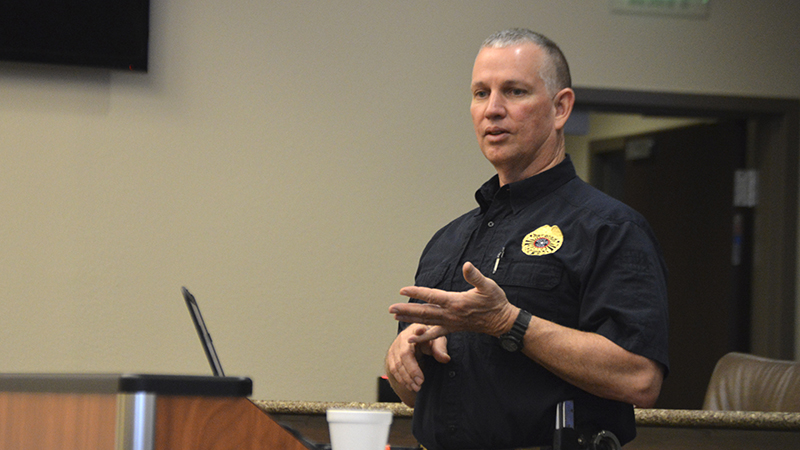 PORT NECHES — A Port Neches woman was unharmed after three burglars entered her home while she was sleeping just after midnight Saturday, authorities said.

Alerted by a noise downstairs in her home in the 700 block of Baker Avenue, the woman peeked and saw males who looked like they were robbing her.

Police said she locked herself in the bathroom and called 911. She stayed on the call with dispatch until police arrived, Port Neches Police Chief Paul Lemoine said.

The suspects in the crime are three males — two of which were caught on the scene.

“There was a 17-year-old and a juvenile, both of Port Arthur,” Lemoine said of the two who were arrested after being found in the attic.

The Jefferson County Correctional Facility’s jail roster lists Christopher Demond Delasbour, 17, as being arrested on July 27 by Port Neches Police Department with the charges of burglary of a habitation, bond set at $30,000; theft of a firearm, bond set at $30,000 and failure to identify with bond set at $1,500.

One suspect, an adult male, was not apprehended and police did not have description information.

The two suspects are charged with burglary of a habitation, burglary and failure to identify and theft of a firearm.

Police said they were in possession of a stolen gun believed taken in a recent auto break-in.

Besides these charges, police believe the males may be responsible for other auto burglaries in the city.

Lemoine said the choice of burglarizing this particular home was not a random act — the house was targeted but he did not elaborate on the reason police believe this.