Cayman Sports Festival organizers look ahead to next step 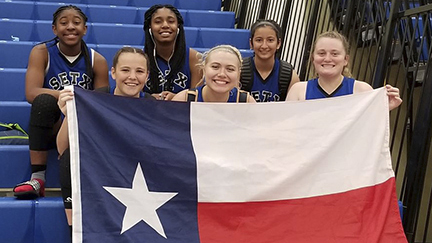 The Cayman Sports Festival gave teenagers from Texas a sense of scenery only an island territory can provide.

“Well, I think, for a lot of them, they got to experience the beauty of the islands,” said Cayman Islands director of sports Collin Anglin, who worked with Wanda Bodden of Port Arthur, among others, to organize the three-day festival in George Town. “I’m sure they got some nice relaxation time. They got to experience some beautiful sand and beautiful waters.”

More importantly, the athletes from all the boys and girls basketball teams got to interact with each other.

“The night after the last game of the tournament, they started being kids,” Anglin said. “They were doing things like foot races, half-court competitions, and then they just started exchanging phone numbers and sharing information as to what schools they were going to. We found that to be one of the most touching things. It was a real pleasure to see that happen.”

For one young man from Cayman, Anglin said, his interest in playing collegiately in the U.S. increased. That was something festival organizers hoped for when talking about plans for the event during a February news conference at the Museum of the Gulf Coast in Port Arthur.

“You can’t put a price on that,” Anglin said.

Original plans for the festival also called for a boys and girls boxing tournament to be held as well, but that has been tentatively pushed back to August in Cayman, Bodden said.

Bodden and Anglin are planning to return the sports festival to Port Arthur in the summer of 2020, but dates and sites are still to be determined. Anglin hopes that track and field and soccer will be added.

“The kids already know something is planned and in the pipeline, so they know what to expect for next year,” Anglin said.