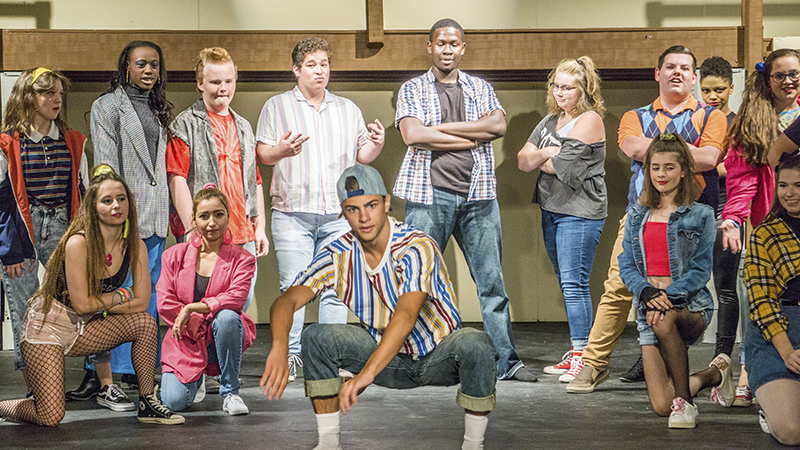 This iconic song line from the 1980 film, “Fame,” is the theme for the young cast of the Port Arthur Little Theater who will be performing “FAME: The Musical” for the next three weekends.

“‘Fame’ the original movie came out in 1980,” director Debbie Pletcher said. “We’re right at the 40th anniversary of the original one coming out and this is the 10-year anniversary for the remake. It’s also Port Arthur Little Theater’s 80th season, so we’re calling it the summer of anniversaries because they all tie together.” 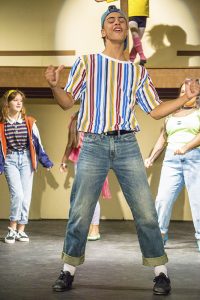 ‘Fame’ is set in 1980 and runs through 1984. It follows 10 students from freshman year to senior year in the New York High School of Performing Arts. The film touches on issues such as homosexuality, race, background, illiteracy, homework and heartbreak. The students experience a rigorous school and performance schedule while learning about friendship, relationships and hard work.

Pletcher said she enjoyed the show as a young girl, but she picked the film to recreate because the issues the students face in the show remain relevant today.

“There is bullying, there’s drug use — you name it, it’s what high school students face today,” she said. “It also has a timely message about friendships and enjoying the time you have while you’re there and if you work hard you can succeed, no matter what your background is.”

Pletcher said the most challenging part about directing the play has been finding diversity in background and skill. 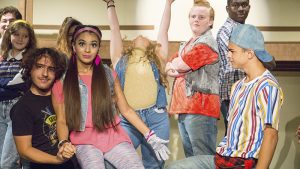 “The cast has to have all races in it and sometimes it’s hard to get certain ethnic backgrounds to come out and audition, but with this show we were really blessed,” she said. “We got the people that we needed and I think they’ve all developed a deeper appreciation of each other and their backgrounds working together.

“I’ve also had people who have had to learn how to rap, who don’t rap. I’ve had dancers that have learned how to be actors and singers. I’ve had singers that have had to learn how to act and dance. I think the choreography in this show has been really challenging because we want people to believe that these kids can actually be in a performing arts high school in New York City, ready to audition for Broadway. It’s been challenging but it’s a labor of love.”

Pletcher said she has seen a great deal of talent in her young cast and has continued to watch them grow and gain confidence. 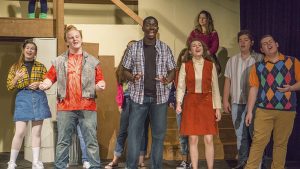 “They are some of the most incredibly talented young people I have worked with,” she said. “I have a lot of them that this is their first time on stage and you’d never know it. It’s been an interesting eight weeks watching them develop into their characters and when they’re on stage you’d swear you are looking at that character.”

“Carmen has a very spitfire attitude,” Allison said. “She doesn’t want to take anything from anybody. She wants to do her own thing and be famous. She’s very out there and loves to be the center of attention.”

Allison and Escobedo both said they relate to their character, because they are both headstrong and sassy. 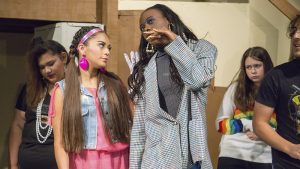 “My favorite part about my character is that she resembles me so much,” Escobedo said. “She’s so outgoing and confident. That’s the type of person I am. I’m not afraid to go out there and perform. She’s so into being famous and I love that she’s so outgoing, it reminds me of myself.”

Other main characters include Nick Piazza, who wants to be a serious actor, played by Ethan Holder, 15, and Jack Zakowski, a headstrong and able dancer from a poor background, played by Danny Terrier, 15.

“Nick is very serious and sarcastic,” Holder said. “He doesn’t play around. He wants to be an actor and isn’t really concerned about anyone else. I can relate because I don’t have a big personality. I don’t talk to a lot of people either.”

Terrier, a homeschooled student who has been dancing for five years, said this play has given him his first major role as an actor.

“(Jack) is very stubborn,” he said. “He really struggles in school and doesn’t want to listen to anyone. I’m also very stubborn and the only thing we want to do is just dance. We both struggle in school, but the acting and singing has been the most challenging part for me. I’m a big-time dancer, but this is the first time where I have to sing a solo and actually have a bunch of lines. I get nervous, but once I get on stage I have to let it go and just play it through.” 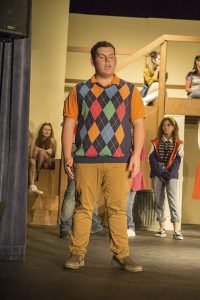 Although the play closely follows the original plot line, Pletcher said she has put her own spin on the play that she thinks the audience will love.

“I have a junior ensemble of dancers between the ages of 9-11 and they are actually performing a dance while the scene is changing behind them,” she said. “We wanted to include other people. We had these dancers and the opportunity, so we made it work for us. It’s a new spin and I think it’s a cool one.”

While the original film is rated PG, it does involve the use of explicit language. Pletcher said they have cleaned that up so audiences of all ages can attend.

“This show may have some innuendos, but there’s not really any objectionable language,” she said. “There are things that are said that will probably go over some people’s heads, because we’ve hidden it in the play, but we’ve made it friendly for everyone.”

Pletcher said she has enjoyed working with the young group and encourages the community to come out and see their talent.

“This is the best entertainment value around,” she said. “It’s $15 for adults, $13 for senior citizens and $11 for students. You can’t go see live theater for that price anywhere else and it’s a great show to start if you’ve never been to the theater before. You won’t be bored. You won’t be disappointed.

“It’s singing and dancing and it runs a good two hours. When people leave here they are going to feel good. In the famous words of ‘FAME,’ ‘I’m going to live forever, baby, remember my name.’ So, hopefully people will remember these kids and Port Arthur Little Theater.”

“FAME: The Musical” will run July 26-Aug. 11 with Friday and Saturday showtimes at 7:30 p.m. and a Sunday matinee at 2:30 p.m. For more information or to purchase tickets visit https://www.palt.org/fame.