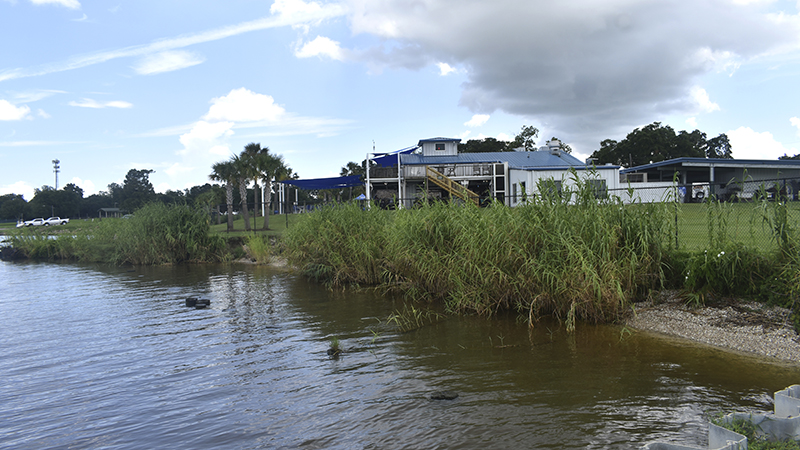 PORT NECHES — Upcoming work to construct a bulkhead along the shoreline near Port Neches Riverfront Park will be done from the water, not land.

Taylor Marine Construction Inc. out of Kemah was recently awarded the bid for construction of a riverfront bulkhead — about 350 feet long — not far from the Neches River Wheelhouse restaurant.

Taylor Marine was one of five businesses that submitted bids for the project:

Each bidder also submitted two alternate bids for additional areas along the shore, but the city opted to go with the base bids because of the amount of funding available, Port Neches City Manager Andre Wimer said.

Wimer said he anticipates there to be a change order — in which work is changed from the original scope of work — which will bring some savings to the project but not a significant amount. The change will be to use a tin cap on the bulkhead instead of concrete, which is more costly.

The estimated construction time is 60 days, depending on the weather.

“I wanted to point out that Taylor Marine will do the work on the water side to minimize disruption on the land side,” he said.

A start date has not been set yet as both parties are finalizing documents. Then materials will need to be ordered.

The bulkheading issue has been on the back burner for three to four years now. Previously the plan to stop/slow down erosion was to construct a rock revetment or breakwater about 30 feet off the existing shoreline, but since the breakwater would be located in a waterway owned by the State of Texas, the city had to apply for a lease with the Texas General Land Office.

That lease was approved in December 2018, but certain stipulations were included that had not been previously discussed and that city staff and the engineering firm were not aware of, Wimer said. Part of the new stipulations was a requirement to remove derelict structures from the water as well as establish a timeframe for completion of the work.

The city doesn’t have funding for removal of the structures, Wimer said. He also said the city might not actually be responsible for the removal, since the structures were in the water when the property was purchased, meaning it’s state property.

The new agreed-upon option is to go with sheet piling bulkhead, which would be installed inside the riverbank and not in the waterway, meaning the GLO would be out of the picture.

Every year the city loses about a foot of shoreline along the river, and during Hurricane and Tropical Storm Harvey the city lost about six feet of land to erosion.