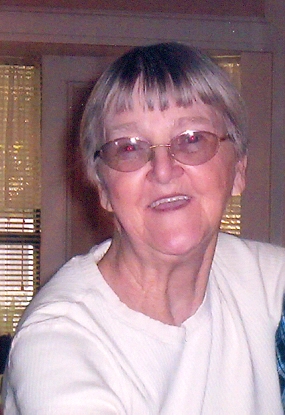 Dorothy Broussard Menard passed away peacefully from this world on July 16, 2019.

Born on February 11, 1930 in Abbeville, LA to Armance Broussard and Ella Shexnaider Broussard, she moved to Port Arthur, TX in her late teens. She was the second youngest of 8 siblings and step siblings.

Dorothy was a dedicated wife, mother, and grandmother.

She had a fierce independent streak (something her husband promptly learned upon his retirement), jovial demeanor and was caring of anyone, family, friend or neighbor she befriended.  She was a real sweetheart, except in those rare moments when she wasn’t (that’s when you best step aside for be prepared to explain yourself).

She rarely missed a family member or close friend’s birthday, always getting that card in the mail wishing you a wonderful birthday.

She was a volunteer for nearly 20 years at the Southeast Texas Medical Center as well as active in AA with her husband for 30+ years helping those struggling with addiction.

Dorothy was also a longtime fan of the Houston Astros, Dallas Cowboys and the Houston Oilers back in the day.

One day, walking through a hotel in Houston she spots Oilers running back Earl Campbell. Giddy as a schoolgirl she walks up and asks for a hug, which he happily obliged.

And taking her to an Astros game at Minute Maid Park, she was so mesmerized by the ballpark and the players and could give you details on many of the players. A cherished possession of hers was an Astros foul ball given to her by a gracious fan. Jose Altuve was her favorite.

She kept an active life well into her early 80’s, often spotted by the neighbors trimming bushes, pulling weeds, doing spot painting on her home, or running the streets in her cherished blue Toyota Corolla.

She was also known to make her way to the local bingo halls. In her younger years her passion was bowling with her sisters, where in league play at the old Park Place Bowling Lanes she set the single game scoring record for Port Arthur of 279 (out of 300), narrowly missing that strike in the very last frame for a perfect game.

In her later years she recognized she needed assistance and left her home to live at the Cypress Glen Nursing Facility in Port Arthur, TX.

Shortly afterward, Hurricane Harvey had other plans, and she took her first ever boat and helicopter ride making her way to Southland Rehabilitation and Healthcare in Lufkin, TX.

Here she found a new family of loving, caring and attentive staff who truly embraced her as family.

Dorothy will be greatly missed by all who knew her.

Services will be held on Wednesday, July 24, 2019 at Levingston Funeral Home, Groves, TX.

Visitation will begin at 12:00 Noon, followed by the service at 1:00 p.m. She will be interred at
Greenlawn Memorial.