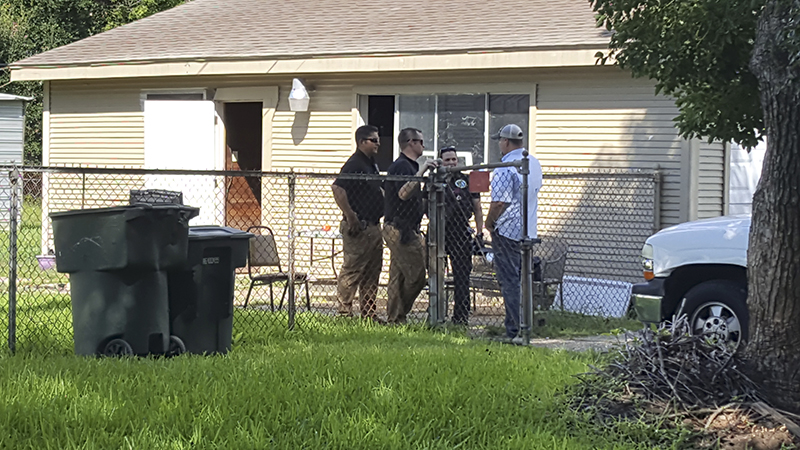 Port Arthur police Friday were investigating a deadly shooting that happened around 1:15 a.m. in the 3200 block of 18th Street. (Mary Meaux/The News)

What began as a call about a possible drive-by shooting around 1:15 a.m. Friday ended up being an aggravated robbery turned homicide.

According to Port Arthur police, two men approached a lone man at the back of a home in the 3200 block of 18th Street and demanded money. Another man came outside the home and was also confronted. During the altercation the second man was struck with a pistol and the first man was shot while trying to flee.

The shooting victim was brought by ambulance to a local hospital and died from his injuries. His name would not be released until next of kin was notified, police said. The second victim did not receive life-threatening injuries.

At around 9:30 a.m. Friday a number of police entered and exited the white clapboard home with green trim and an adjacent tan garage. Other officers were in the yard, apparently collecting evidence. An officer outside the home said they were still processing the scene.

Cars traversed the two-lane avenue next to the home, slowing down while looking over the home. It wasn’t long afterward that police blocked access to that section of road while they worked.

The connection between the victims was not available as Friday afternoon.

This shooting death marked the fourth confirmed homicide of the year in Port Arthur.