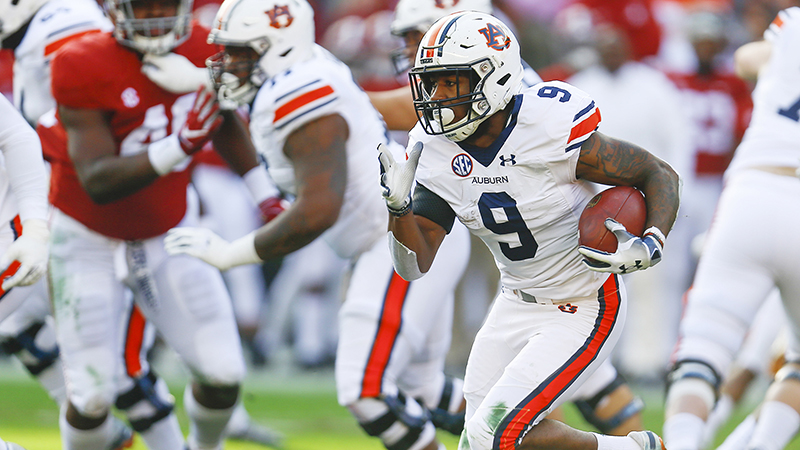 Auburn running back Kam Martin (9), from Port Arthur, carries the ball against Alabama on Nov. 24, 2018, in Tuscaloosa, Alabama. (Butch Dill/AP)

Martin could become the ninth Auburn player since 2004 to make semifinalist for the award, given annually to the top collegiate running back in the nation. The award is named after a three-time SMU All-American and requires that every candidate be in good academic standing and on schedule to graduate within one year.

Martin, who graduated from Memorial in 2016, coud become the Tigers’ feature back after going for 458 yards on 103 carries. He has 1,231 career rushing yards.

Ten semifinalists will be named in November, with three finalists to be identified later that month. A second vote will be cast Dec. 2 to determine the recipient, which will be announced Dec. 12 on ESPN.