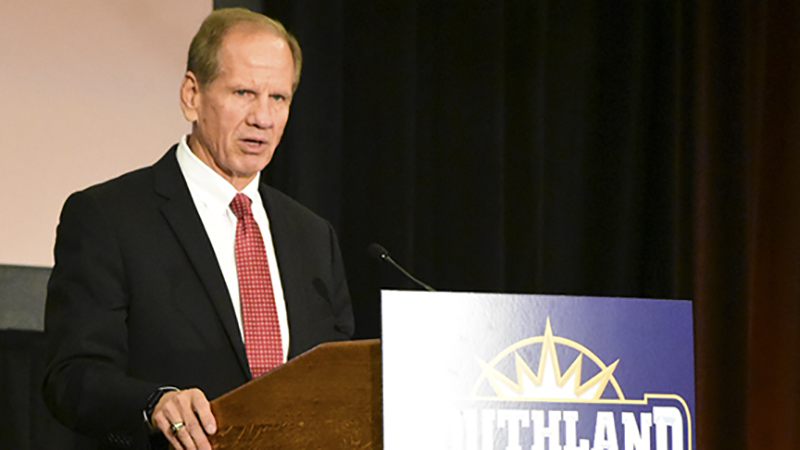 Douglas is best known for singing the 1974 disco hit “Kung Fu Fighting.” Schultz’s reference to The Vapors’ “I’m Turning Japanese” from 1980 didn’t seem to ring a bell, either.

If Lamar is to record a second straight hit that results in a return to the NCAA Division I playoffs, the Cardinals will have to surpass the Southland’s forecast of a fifth-place finish in the 11-team league. Lamar did turn heads last season by finishing third in the Southland after a 10th-place prediction and nearly defeated Northern Iowa in the NCAA first round.

“It was just everybody coming together and realizing they were tired of losing, tired of the culture that had been established,” senior quarterback Jordan Hoy said. “We wanted to change things and turn Lamar into a winning program.”

With a pool of transfers including former Old Dominion quarterback Hoy — who’s trying to protect his starting role against former Tennessee signal-caller Will McBride and former Texas A&M player Shane Johnson — and seven other offensive returners starting, the Cardinals could contend for their first Southland championship since 1971.

Schultz stopped short of saying he’ll rely solely on Hoy under center, but he made sure when Hoy and senior linebacker Isaiah Spencer were on stage to have the quarterback’s attention.

“In the past, if a young man has had a good spring, a good summer and can have a good camp — did you hear that? [turning to Hoy on stage] — that usually leads to having a very successful year, so we’re on track to having him do what we want him to do,” Schultz said.

Lamar lost only one starter up front in 2018 Southland offensive lineman of the year Garrett Bowery and has gone through spring drills with a new offensive co-coordinator in Larry Edmondson, whose focus is the passing game. That’s also Schultz’s focus, because he’s becoming more involved in the offense by working with the quarterbacks.

“Larry’s been around almost as long as I have,” Schultz said. “He brings a lot of knowledge to the staff. Offensively, we’re going to tweak some things. You always do. The basic foundation of the offense was something when I hired Dan Dodd [Edmondson’s predecessor who retired], I knew he would do what I believed in and what he believed in.”

The bigger question mark for the Cardinals is in the secondary. All of the starters from the Northern Iowa game either left the team or completed their collegiate eligibility.

In all, Lamar has four returning defensive starters, but Spencer is excited about the unit.

“We have a lot of smart guys,” he said. “I felt we would be a lot faster in the secondary, but I also feel like they’re catching on quick. All I have to do as a leader is play my role and learn the game quick so I can help them, but they seem to be catching on pretty quick.”

Aside from the Southland standings, Schultz is setting his sights on the top of another kind of charts — as an example, of course.