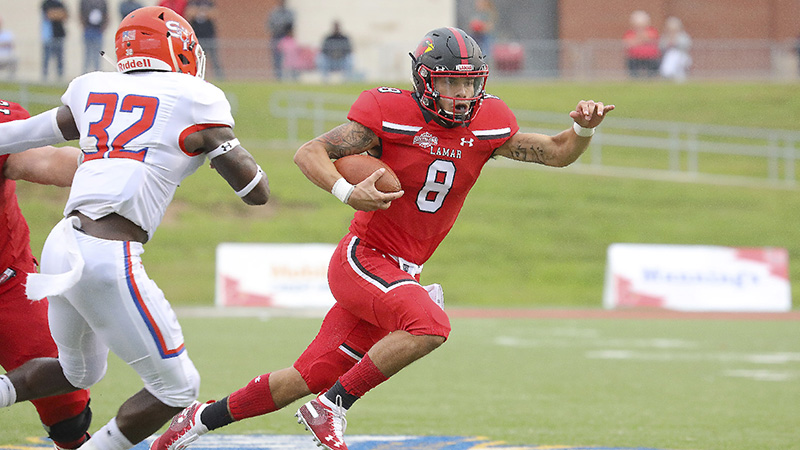 The media day will be streamed live starting at 9 a.m. at WatchESPN.com and on the ESPN app, with Randy McIlvoy and Carley McCord hosting. Each of the Southland’s 11 head football coaches and two players from each program will be interviewed in a 25-minute segment. Lamar’s segment will begin at 2:45 p.m., following McNeese State.

Hoy is the reigning Southland Newcomer of the Year who was named conference offensive player of the week twice last season in absence of injured Darrel Colbert Jr. He finished the season rushing 80 times for 516 yards and seven touchdowns, and completed 40 of 67 passes for 654 yards and six touchdowns.

Spencer started eight games last year and finished with 45 tackles (23 solo). Seven of them were for losses, including a sack.