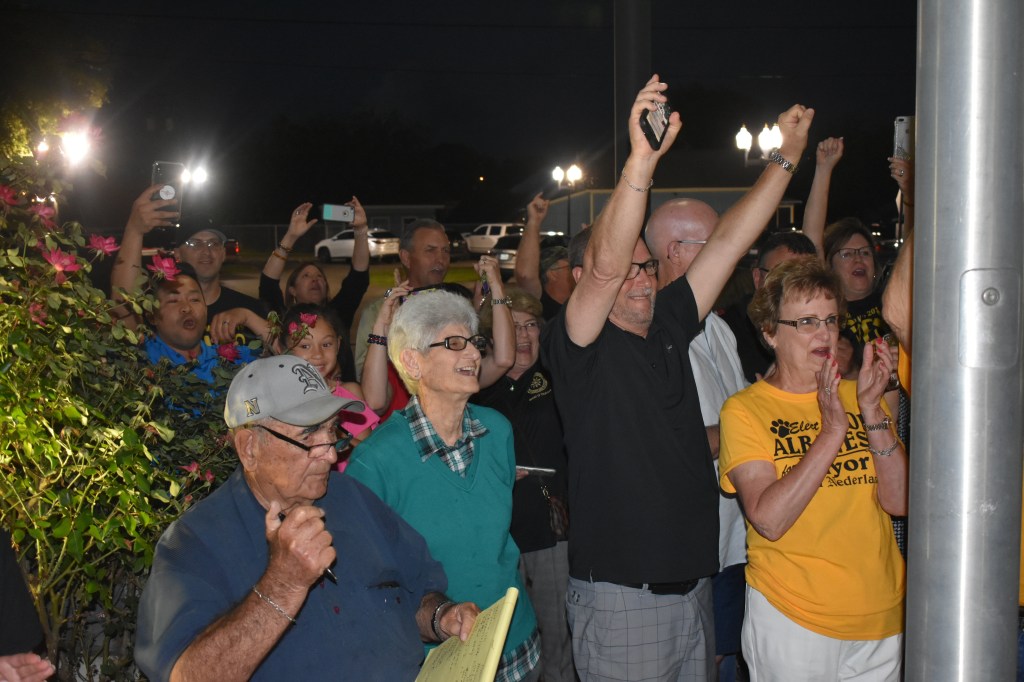 A crowd erupts outside of the Nederland City Hall as the 2018 NISD bond election results are read.

NEDERLAND — School district residents offered input on the footprint of the planned new high school during a stakeholders meeting at Nederland high School on Wednesday.

Nederland Independent School District residents previously voted in favor of a $155.6 million bond for school upgrades. Among many upgrades within the bond, a new high school was featured at a cost of $87 million.

Nearly 50 children and adults spent over four hours Wednesday looking at different layouts in hopes of reaching some consensus on several “big picture components.” The group debated on which way the school should face along with the placement of the buildings.

This was the second meeting for the high school; there’s with one more to go. The third and final meeting will likely be in mid-July.

During the first meeting, attendees filled out visual preference surveys to determine an aesthetic component for the future high school. Community members were given options ranging from modern structures with steel beams and glass to more conservative, brick-based looks. Results of those surveys were not given at Wednesday’s meeting.

One large question revolved around how the property where the current high school sits will be used after it is demolished. Options for the land ranged from placing the new track there or providing more parking.

The group spent time going over six layouts before narrowing the choices down to three, then one. During each step, members of the architectural firm contracted to design the new school wrote out the pros and cons of each design. The task was to incorporate a design with as many pros and as few cons as possible.

IBI Project Principal Andrew Simpson said the firm would like to have the final meeting out of the way long before the school year starts.

“We want to have some time to compile this into a meaningful, readable document well before school starts,” he said. “We want to wrap it up, put a bow on it and get started on designs.”