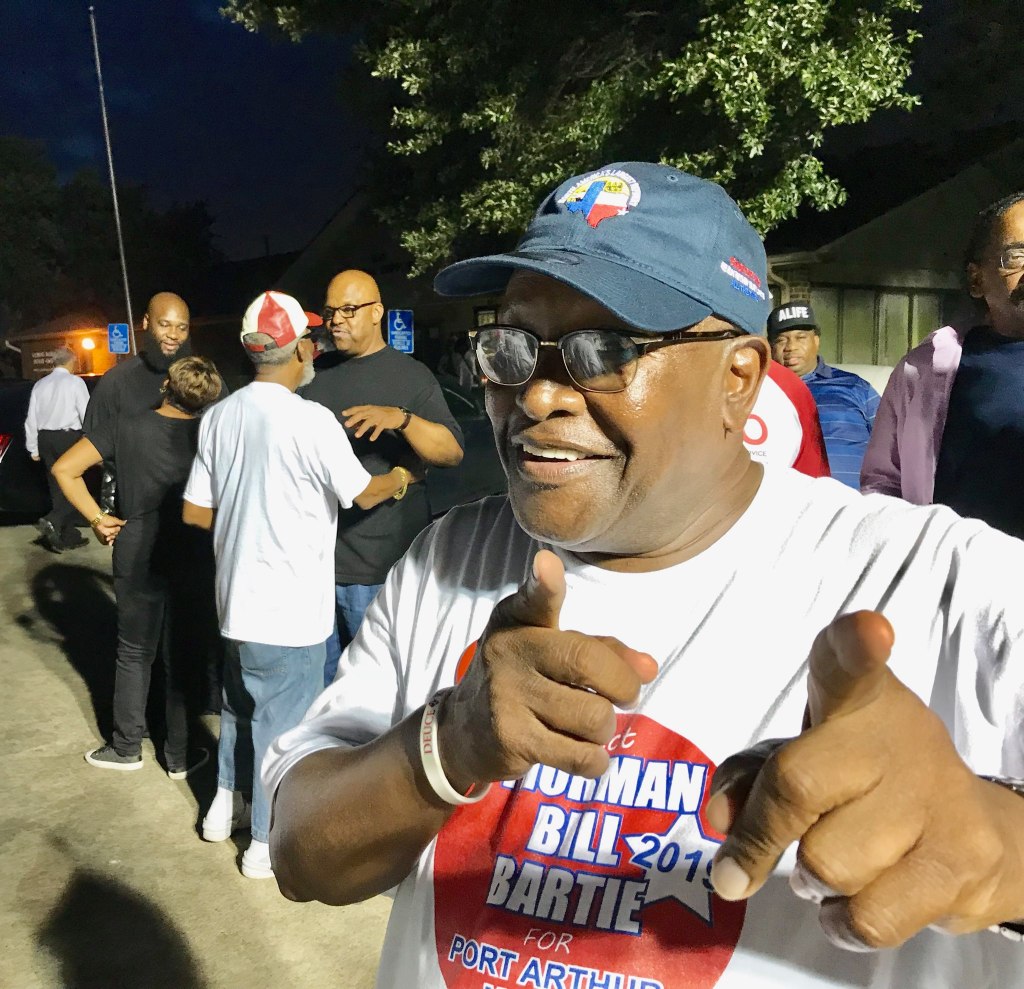 Complete but unofficial results showed Bartie with 1,883 votes and Freeman with 1,592.

“I praise God for being given the opportunity to be a leader in this community again,” Bartie said Saturday evening. “I don’t take it lightly. For whatever reason he chose me. I will roll up my sleeves to work with the present council. I thank Mayor Freeman for his tenure and thank his family for allowing him to serve. And I wish blessings on his future.”

Turnout appeared to be light around most of the city with the exceptions of the Port Arthur Public Library and Tyrrell Elementary School.

Freeman, who led the city through Hurricane and Tropical Storm Harvey recovery since the city flooded in August 2017, had sought a second, consecutive three-year term.

But voters, many angry because of the slow pace of recovery, apparently had other ideas. Voters complained about bad roads, poor infrastructure and dire housing needs.

Among the city’s front-burner needs is completion of an industrial revenue agreement with Motiva Enterprises, advancing additional disaster recovery from Hurricane and Tropical Storm Harvey and making certain that the city successfully completes the 2020 Census with a population count over 50,000, which is an important benchmark for obtaining federal funds.

“We did it all,” he said — including prayer, which he said he was doing with minutes remaining in Saturday voting.

Both voters concluded their campaigns at the Port Arthur Public Library on Saturday, which appeared to be the busiest voting box.