The National Memorial to Fallen Educators is located at the National Teachers Hall of Fame in Emporia, Kan.

AUSTIN — A Port Arthur school bus driver who was fatally shot by a 10-year-old boy in 1988 was to be honored Friday as the latest Texan to be added to the National Memorial to Fallen Educators at the National Teachers Hall of Fame in Emporia, Kan. 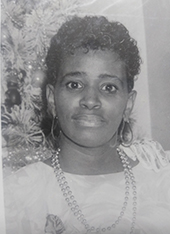 Russell Jean DeJohn Hampton, who was 40 when she died, is being honored many years after the tragedy thanks to the efforts of her daughter-in-law, Nataujia DeJohn, a second-grade teacher at Pietzsch-MacArthur Elementary School in Beaumont ISD, and Noel Candelaria, president of the Texas State Teachers Association, who serves on the Teachers Hall of Fame board and chairs its memorial committee.

Hampton had dropped off students at Dick Dowling Elementary School in Port Arthur and was returning to the bus barn when the shooting occurred. Police believed Hampton saw the boy riding his bicycle and speculated she had told the boy to get on the bus with the intention of returning him to school and possibly reporting him for truancy.

The boy shot Hampton in the head with a small-caliber handgun, and she died several days later on Nov. 15.

DeJohn said she was a child when the shooting occurred. She remembered hearing about it in the news and wondering if Hampton had any children. She had four — two sons and two daughters — and DeJohn later married one of her sons, Mark Anthony DeJohn.

“I never met her, but I have always felt a connection to her,” DeJohn said of her mother-in-law. “I have been told she always made the kids feel good in the morning when they got on her bus. She was always positive.”

DeJohn won’t be attending the ceremony in Kansas, but DeJohn’s children (Hampton’s grandchildren) and two of Hampton’s children will be there.

“It is an honor and a beautiful tribute for her children and grandchildren to experience and witness her name being added to the Memorial to Fallen Educators,” DeJohn said. “Her family is very, very grateful.”

Candelaria said he was “honored to have played a part in honoring Hampton’s memory and her service to the school children of Port Arthur.”

“Although this tragedy occurred years ago, it is a reminder of the many educators who have lost their lives trying to provide a safe learning environment for Texas school children,” Candelaria added.

Hampton is the 21st Texas educator to be listed on the memorial. The two most recent Texas educators to be honored before her were Glenda Ann Perkins and Cynthia Tisdale, who died last year in the shooting at Santa Fe High School.