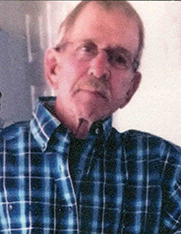 Wilbur Joseph Benoit, Jr., 70, of Bridge City passed away on Wednesday, June 19, 2019 surrounded by his loved ones.

Wilbur was born on July 19, 1948 in Port Arthur, Texas to parents, Betty Joyce (Carlin) and Wilbur Joseph Benoit Sr. He served in the US Army from October 1966 until October 1969. Wilbur worked as a carpenter for Texaco Oil Refinery and had worked construction. He had lived in the Bridge City area for 30 years and was a member of St. Henry’s Catholic Church. He enjoyed the outdoors, going to the beach, going to the lake, and did some hunting in his younger years. Wilbur loved to cook for his family and friends, who will dearly miss him.

He was preceded in death by his parents, his son in 2014, Rodney Joseph Benoit.

The family would like to give a special thanks to Kindred Hospice, Christi and staff.