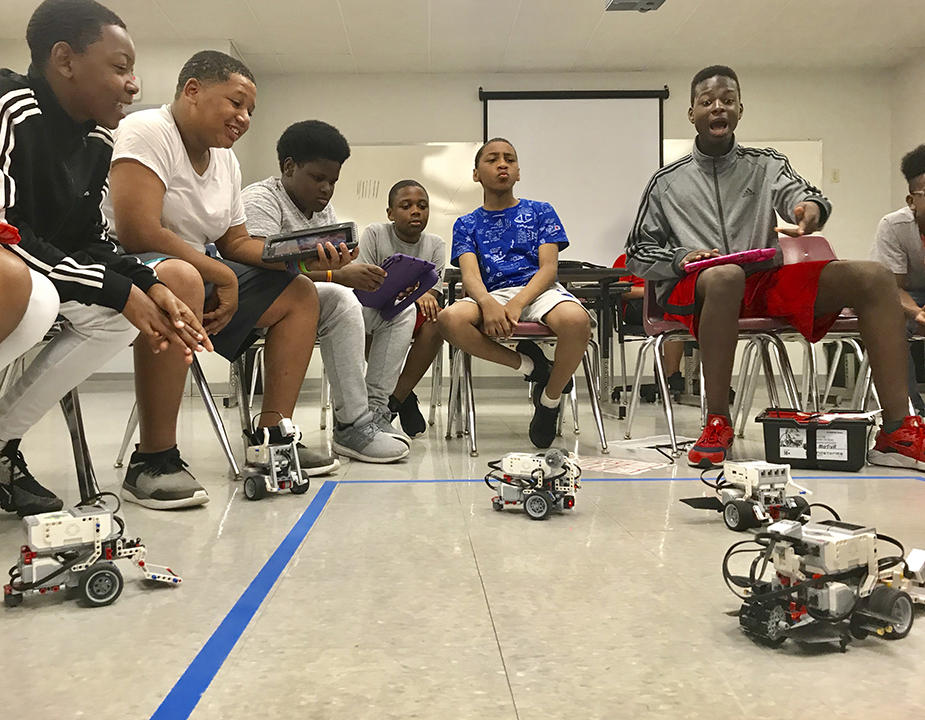 Port Arthur and Sabine Pass middle-school students are getting hands-on opportunities this week to learn about robotics as well as problem solving.

Camp Stemulate, a weeklong camp for rising sixth- through eighth-graders sponsored by the non-profit REACH program — it stands for Redirecting, Educating and Aligning Community Health — introduces students to engineering topics but also a host of other science, technology and math pursuits.

Thirty middle-school boys are working with robots this week and learning about a variety of STEM-related jobs from engineers to mechanics, instrument technicians, electricians and more.

Program director Shannon Freeman, who teaches high school English at the Port Arthur Alternative Center, said children are nominated for the program based on counselor recommendations. Grades and conduct figure into their nominations and parents must determine whether their children are ready for the program. 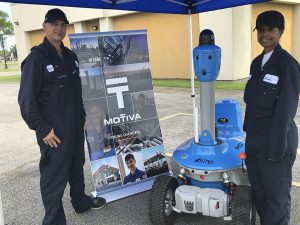 Freeman said the residential program, now in its third year, is based on the Lamar State College Port Arthur campus so that students can sample college life, including dorms, as well as prepare for higher-level courses in math and science.

“We want them to be comfortable to major in engineering or sciences,” she said. “But we also want to expose them to avenues they’ve never thought about.”

Joe and Kim Gilbreath of Motiva brought a robotic gas detector to the Wednesday morning session. They also discussed job options that involve math and the sciences.

“We talk to them about career paths that evolve from STEM education,” said Joe Gilbreath. “We reinforce the importance of learning not just engineering but also trades or crafts. People are afraid that robots are taking jobs, but someone has to be there to work on the robots.”

Kim Gilbreath, who holds an electronics degree, said there isn’t enough opportunity for children to learn about those jobs. This program enables them to do that, she said.

Sonia Jordan of Houston-based Kids Xplore presents the classes with the help of assistants. Jordan said she presents the curriculum to children of similar ages around the world about 20 times a year.

“This summer, I’m booked every week,” she said.

She said there’s lots of engineering and skills in the curriculum, but she also teaches problem-solving skills and how to think about practical problems and challenges. 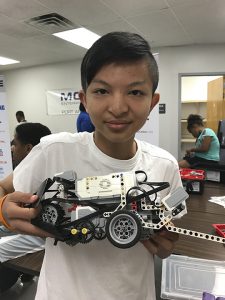 “I got interested when we started building robots,” said Kendrick Bush, a rising eighth-grader at Abraham Lincoln Middle School who is enrolled in the program this week. “This is teaching us how to stay organized and to build stuff.”

He said he might someday consider engineering as an academic pursuit.

Stemulate is offered to boys one week, to girls another.

But she said the camps have worked out well for three years now — boys and girls can knowledge and confidence — and REACH organizers look forward to tracking how students choose their college or professional pursuits.