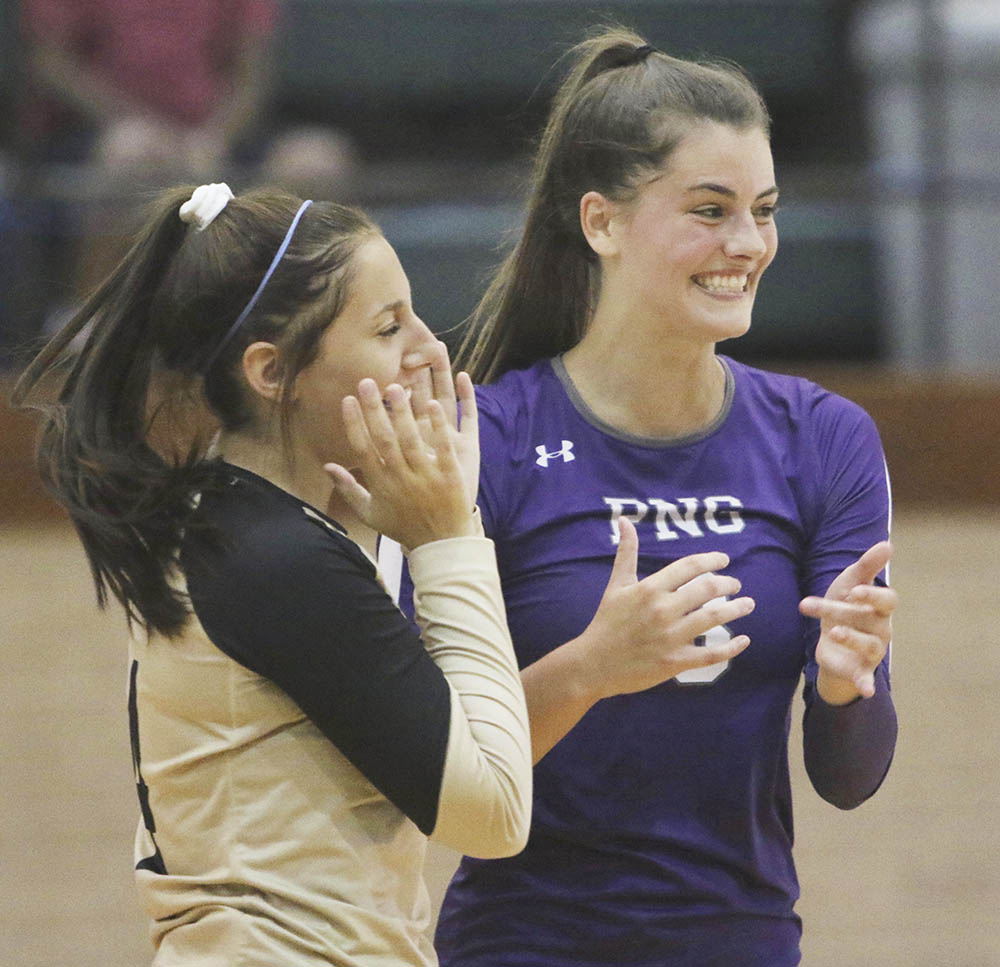 WINNIE — Kaitlyn Gil wanted to make the most of her last opportunity to wear a Port Neches-Groves jersey.

The Lamar signee did just that, earning the East Team’s Most Valuable Player honors in a 3-1 victory over the West in the Christus All-Star Volleyball Classic on Friday night at East Chambers High Gymnasium.

“It was exciting to represent PNG one last time,” Gil said. “Wearing that PNG uniform was a great honor, and playing for [recently retired PNG coach] Barbara Comeaux last season meant a lot to me.”

“The game made me miss volleyball,” said Miguez, who will play soccer at LSU-Eunice next season.

Cassidy Thomas of Nederland was the only area representative in the Christus All-Star Girls Basketball Classic.

“Playing in the game was cool, and it was a new experience,” said Thomas, who will play basketball this winter at Concordia University Texas in Austin.

The West answered with 11 unanswered points en route to victory.

There was a boys basketball game on Friday night, but it did not feature any players from Memorial, Nederland or PNG.