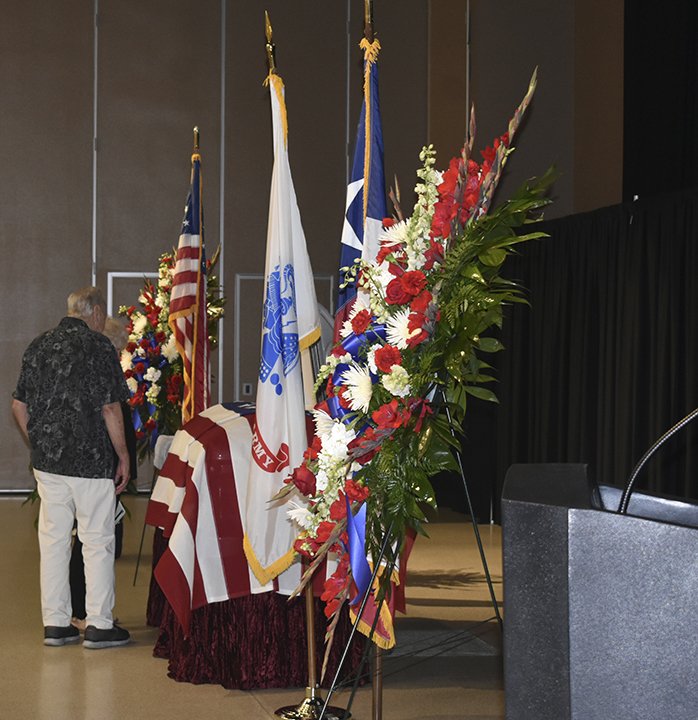 It seems appropriate that Robert A. “Bob” Bowers’ visitation and gathering of friends and family on Thursday was held in the city’s civic center, which bears his name.

But this was a tribute to a man whose career moved the city forward, a person encompassing the traits of a servant leader, a happy warrior, a mentor, a leader, friend and Christian.

The lobby of the civic center held tables with photos of newspaper clippings of Bowers, while inside the main room Bowers’ casket was flanked by floral arrangements, the U.S., Texas and Army flags and a podium off to the side.

Port Arthur Mayor Derrick Freeman told the crowd that while he did not know Bowers he knew of him from his work in the city. He also thanked Bowers’ family for sharing him with the city before reading a proclamation in Bob Bowers’ honor. 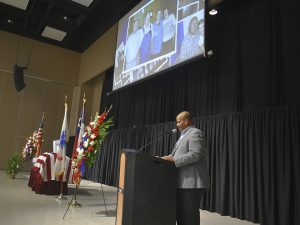 The city’s interim city manager Rebecca Underhill choked back tears as she spoke of how Bowers took her under his wing years ago and how he filled the role of a servant leader and a visionary.

Bowers saw the need for a new water treatment plant — at that time the facility was about 100-years-old — and the cost was high, so financing was needed. He also saw the need for the plant to be able to expand. He loaded up a young finance director named Underhill, the city manager and mayor and headed to New York City where Bowers “sold the idea to Wall Street bankers.”

A favorite part of the trip, Underhill said, was Bowers talking about NYC’s infrastructure, and on a very cold night as the group was walking to a restaurant for dinner he explained the difference between an avenue block and a city block.

“He was an amazing mentor, role model, servant leader and I’m so proud to have got to know and work with him,” she said.

Former councilmember Ronnie Linden shared how Bowers was the city’s own happy warrior and called him a great man. His thoughts moved to a humorous note. 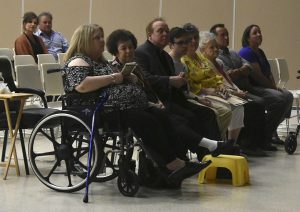 “I’m thinking that when he got to heaven his thoughts were more involved with the sights and sounds of heaven,” Linden said with a laugh. “You put a street there?”

Former Port Arthur mayor and justice of the peace, Robert “Bob” Morgan, spoke of the Christian side of Bowers who always had a camera and took photos of baptisms and who “acquired a vast amount of knowledge about the city.”

Bowers’ foresight was phenomenal, Morgan said. The employees who worked for him loved him and had faith in his decisions. Under his watch the overpass at FM 365 and Texas 347 occurred.

“We made several trips to Austin to talk to TxDOT (Texas Department of Transportation),” Morgan said. “And we talked about the widening and lengthening of Ninth Avenue. These are fairly recent projects that had a profound impact on the city.”

Former councilmember Willie “Bae” Lewis served with Bowers years ago and said Bowers always found a way to get things done and never shirked from the duty.

Bowers’ funeral service will be at 2 p.m. Friday at First Christian Church 5856 Ninth Avenue. All are welcome to come and help celebrate and honor his life. In lieu of flowers, the family request donations in memory of Mr. Bowers made to the First Christian Church of Port Arthur or to the Alzheimer’s Association.