ANALYSIS — Greg Abbott, a song of accomplishments and an out-of-tune tweet 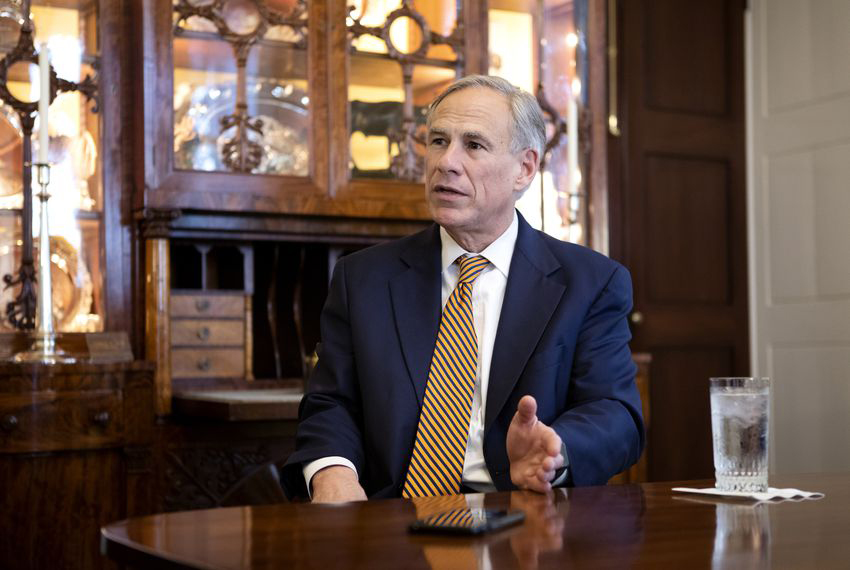 Public officials have to keep their snark on a leash — to an extent that would make many of us squirm.

Normal people can say, write and do things that the folks in the center ring of the public circus are trained — by wisdom, fear or both — to avoid.

That’s why social media in general, and Twitter in particular, can be so dangerous. It’s tempting, and it’s built for the part of your brain that likes to pop off.

Our latest example finds the cautious and disciplined Gov. Greg Abbott venting about the attention given to the state’s inability to lower its rates of maternal mortality.

The facts do matter, and in this case, the initial reports that 147 women died within 42 days of giving birth in 2012 were revised to 56 deaths — more than one per week — after state officials, alarmed at the numbers, checked their own work. According to the revised data, the rate of maternal deaths in 2012 among black women was 27.8 per 100,000 live births, compared with 13.6 for white women and 11.5 for Hispanic women.

The revised maternal mortality numbers were lower than the early reports, but still high, and the sloppy accounting made news more than a year ago. And the facts Abbott complained about came from the state he heads. That’s on him, right? Governors get the acclaim and the parades, but they also have to sweep up after their own horses.

Abbott’s in top gear right now, zipping through a week full of things that make the kind of news he wants to make. He signed the big education and school finance billTuesday at a public schoolhouse in Austin. He’s signing a property tax bill — the other legislation he and other state leaders marked as a priority — at an Austin burger restaurant Wednesday. This is the final week before the deadline for vetoing legislation — a muscle-flexing moment for any governor that combines a power peak with a peak in his ability to command public attention. He has a line-item veto over the particulars of the swelling state budget, an administrative power that comes with built-in public relations perks: It lets a governor seem to be prudent while he’s signing the biggest budget in Texas history.

And all of that leads up to what has been clearly identified as Abbott’s political superpower: He can raise piles of campaign money at a rapid pace. Father’s Day happens to be the last day of the fundraising blackout that’s attached to every legislative session. Elected officials can’t ask for money while they’re in session, but they can accept money from donors when the blackout ends. And there’s a fundraising deadline — June 30 — to add to the urgency. Abbott has no peer in Texas politics when it comes to hauling in astonishing amounts of political money during that 14-day spree.

He’s ending the governing season and starting the political season with a narrative of the accomplishments of state government, a we-promised-these-things-and-delivered-them line that includes a newfound pledge to stay out of primary election fights between challengers he likes and incumbent Republicans he doesn’t. (Abbott went 1 for 3 in such challenges in 2018.)

But there are bugs in the soup that might go unnoticed by most voters and even many advocates if the governor and others would put their phones down and keep promoting their accomplishments.

David Whitley, a favored Abbott aide appointed secretary of state by the governor, rolled out a deeply flawed attempt to purge suspected noncitizens from the state’s voter rolls. As a result, he was never confirmed for the job by the Texas Senate but is now back on the governor’s payroll, at the rate of $205,000 a year. And the maternal mortality tweet from the governor moved attention from what he’s crowing about this week to what he’s cawing about on social media.

Those episodes hint that the government Abbott leads isn’t very skillful with data, a notion that’s not in line with the competency spin the governor wants to put on the first six months of his second term in office. Whitley’s bid to clean up the rolls was built on bad data. The state’s terrible record on maternal mortality isn’t as bad as was first reported, but those first reports weren’t errors of journalism; they were based on another set of bad numbers from the government. At the end of the stories, there were a lot of U.S. citizens on Whitley’s sloppy list, and a frightening number of mothers dying despite the government’s inability to count them properly.

This would matter more if the governor’s job was on the line in 2020. It’s not. He and most of the other statewide officials in Texas are elected in presidential midterms. Those have their own dangers, but it means the Texas incumbents won’t have to suffer, for now, the slings and arrows of outrageous tweeting from the District of Columbia.

The governor wants to talk about Republican wins during the legislative session. If only Twitter wasn’t so tempting.