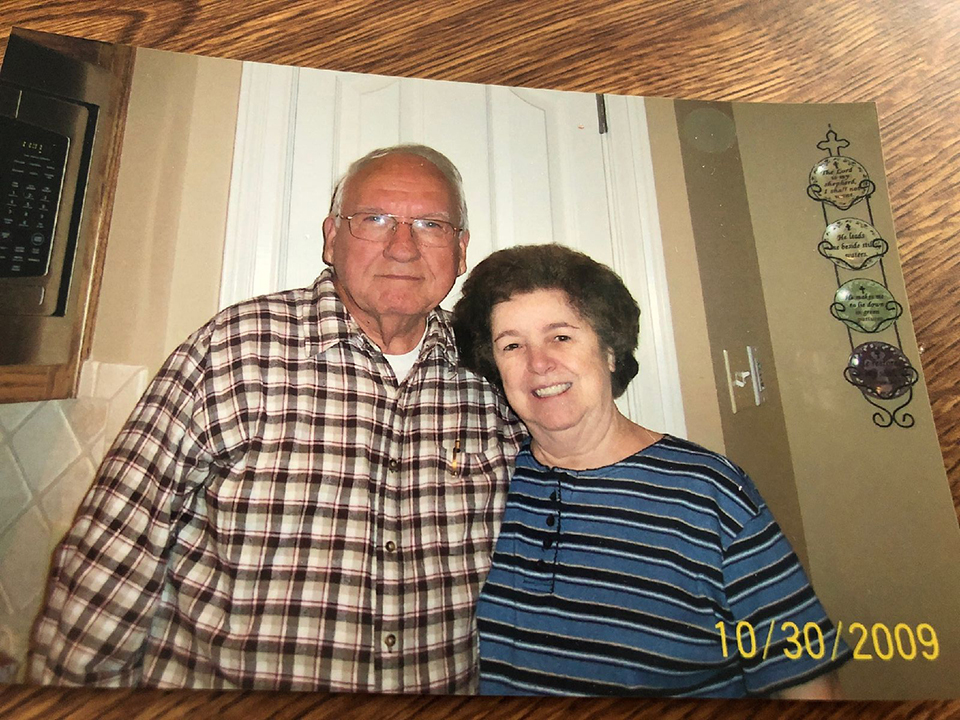 Robert A. “Bob” Bowers is more than the namesake of Port Arthur’s civic center, where his visitation will be held from 5 to 7 p.m. Thursday.

Family and friends describe him as a visionary whose foresight helped expand and update the city; a mentor to up-and-coming professionals; a man of faith that was heavily involved in every aspect of his church and an all-around great person who could tell a good story. 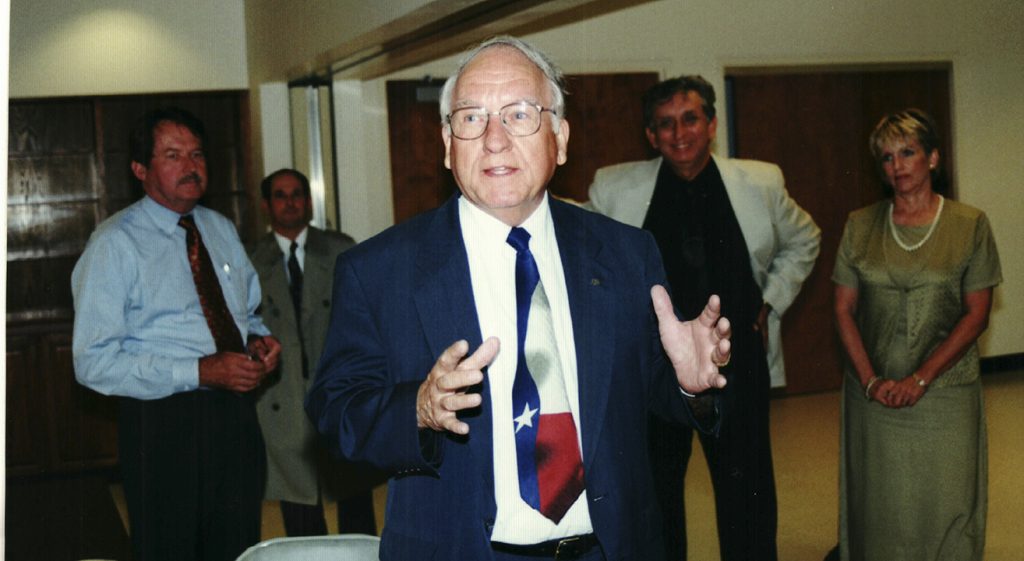 Lifelong family friend Tommy McDonald said Bowers had a hand in many things, not only Port Arthur but also the community.

One example is his idea that hurricane preparation and research were important. He put together information on hurricanes and the possible impact on the city and area and “of course we all laughed,” McDonald said of a time in the early 1990s.

A military veteran and proud Texas A&M Aggie, Bowers used his degree in civil engineering for the Texas Highway Department as an engineer, designing and constructing highway facilities early in his career. This knowledge likely helped in other parts of his career.

“He concerned himself with roads, bridges, water, wastewater, anything to do with public infrastructures. He was very knowledgeable and very instrumental people in the public works field,” he said.

Taylor Shelton, public works director in Port Neches, worked with Bowers for 18 years with the city of Port Arthur. 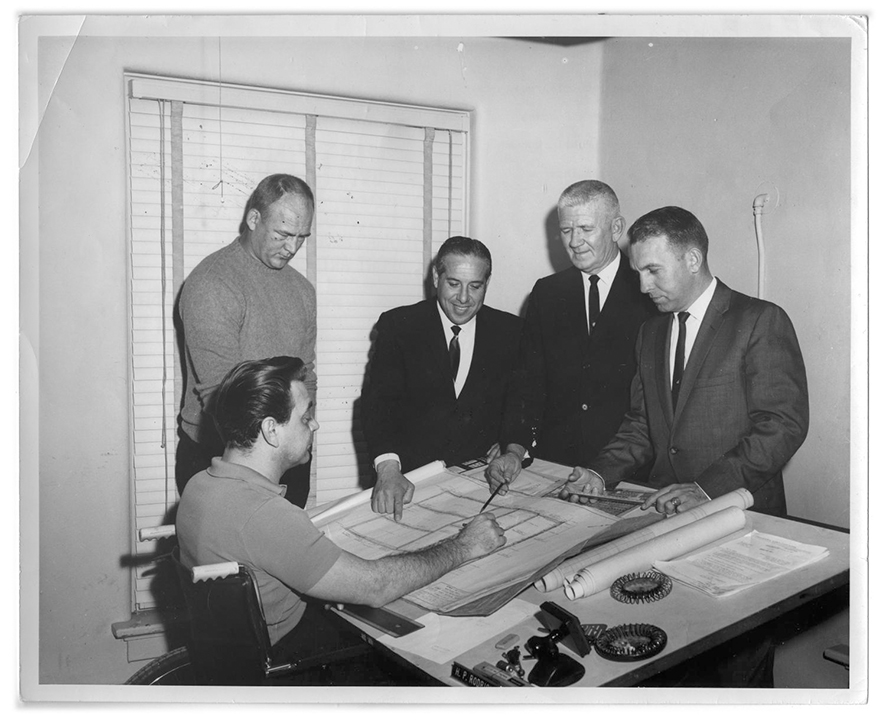 Bowers, right, at a 1963 city planning session for the water and sewer department. (Courtesy photo)

“He was a mentor, trainer, father. He was everything to me when I was there,” Shelton said. “He took me under his wing after I graduated with an engineering degree from Lamar and developed me into what I am today. You couldn’t find a better man.”

“His leadership was unsurpassed, his humility legendary, his love for Port Arthur and its people unmatched. He was the author of the city resolution that encouraged us to remember that we were a team and to work together as such,” Linden said in the post.

Bowers’ daughter Weeks said when the city decided to name the civic center after him he was shy and humble, telling them they could name a fire plug in Sabine Pass after him.

“He didn’t want the recognition of a building named after him and was very honored,” Weeks said.

Traveling down Ninth Avenue from Texas 73 to FM 365 may be a normal route for some but that wasn’t always the case. Bowers’ vision of the future included expanding Ninth Avenue at the time Hayes Real Estate was working to develop the Central Mall area.

Weeks said the first time she and her brother went out to the future site of the church they had to travel some back roads.

Her dad pointed to the area where the church would be located and she thought, “Who would want a church out here?” At that time it was undeveloped land with some cows on it.

The church was later built at 5658 Ninth Ave.

His faith and the church were big parts of his life.

Gussie Richerson, assistant secretary at the church, said there wasn’t a thing he didn’t do at the church. He planted a row of trees there, he was head of the church elders, and he taught Sunday School Crusaders Class for about 40 years.

“Every time someone got baptized he was the one taking pictures and when there was a funeral he was there doing whatever he could and this was on top of his own job,” Richerson said.

Richerson called him a definitive churchman who would do anything and everything for the church.

She also said, “He could tell stories with the best of them.” Bowers spun tales of his college days at Texas A&M, children’s stories, family stories and church stories and more.

A visitation is set from 5 to 7 p.m. Thursday at the Robert A. ”Bob” Bowers Civic Center with a Time of Reflection at 7 p.m. Speakers will include Tammy Kotzur, Verna Rutherford, Bob Morgan and Ronnie Linden.

His funeral service will be at 2 p.m. Friday at First Christian Church, 5856 Ninth Ave.