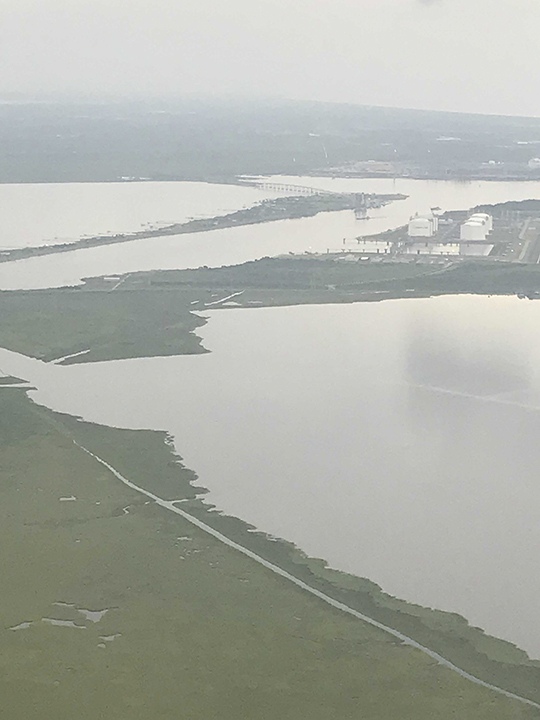 Port Arthur LNG and the city of Port Arthur agreed to an industrial district agreement Tuesday, solidifying a 15-year pact that would benefit both partners.

Details of the agreement were reviewed by city councilmembers in executive session, who emerged after two hours to unanimously OK the deal.

“Congratulations and thank you much for your hard work and diligence,” said Mayor Derrick Freeman, speaking from the dais before the vote. “We look forward to a long and prosperous relationship.”

Freeman noted that Port Arthur LNG, the project under development by California-based Sempra and its partners, would be the first new plant project in many years in Port Arthur.

The project, said at one time to cost in the range of $8 billion, is now characterized only as a “multibillion” project. It would be located off Highway 87 en route to Sabine Pass, and would involve partnering with the Texas Department of Transportation to move 3.5 miles of the highway.

The project would require some 3,500 construction workers — Sempra has used Bechtel to build its LNG plants — and would result in 80 full-time jobs. Interim City Manager Becky Underhill said the city would benefit not only by the new highway but also by new waterlines.

The IDA gives Port Arthur LNG, whose land was de-annexed from Port Arthur last year, tax breaks, paying 10-25 percent of its value in the early years of the agreement and growing to 65 percent in its peak year — in access of $20 million a year. Underhill said the company would pay Port Arthur based on the taxable value of the project. The project would get underway in 2023, according to projections, if Sempra makes the ultimate decision, due at the end of the year, to build.

While the company gets a tax break, Port Arthur is not required to provide services to the de-annexed land, a win-win.

Underhill said the IDA, paired with the Golden Pass LNG project near Sabine Pass, would represent “a significant increase in industrial development.”

The proposed project would include two liquefaction trains, up to three storage tanks for liquefied natural gas and other facilities. The company says the site could become one of the largest LNG export projects in North America.

It has agreements to sell LNG to Polish Oil & Gas Co. and has a memorandum of understanding with Korea Gas Corp. Last month, it reached an agreement with Aramco which would both invest in the plant and purchase LNG from it.