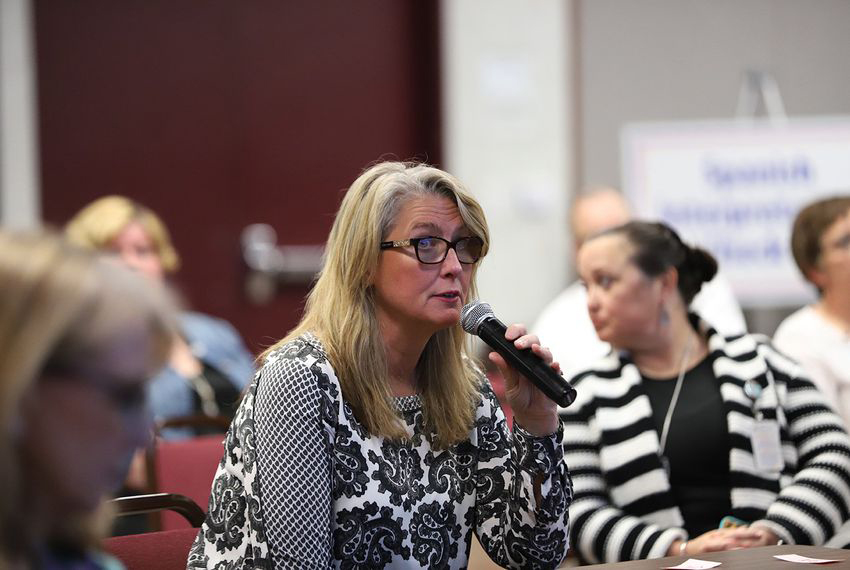 Texas lawmakers left the Capitol this week with some hits and some misses for a state special education program that has faced intense federal scrutiny in the past few years.

As the legislative session came to a close Monday, lawmakers approved a budget that included around $223 million in state funds to pay off a financial penalty to the federal government — and to allow the state to avoid future penalties — for illegally decreasing spending on special education and to prevent another spending issue this fiscal year. And they made several changes to the way Texas spends money to educate kids with disabilities, including dyslexia, intended to avoid violating federal law in years to come.

However, they chose not to approve a provision that would have taken a closer look at how the state’s education officials are overhauling special education, which is still under a separate federal investigation. And advocates lament that few bills passed that would impact students with disabilities in their classrooms, including improvements for special education training for teachers.

“We did not get everything we wanted, but we understand, rarely do you always get 100% of what you request,” said Steven Aleman, lawyer at Disability Rights Texas. “Certainly, the Legislature did pay attention to special education in these critical bills, laying the foundation to us moving toward compliance.”

The $223 million comes after the U.S. Department of Education found last year that Texas had violated a federal law prohibiting states from reducing funding for kids with disabilities from year to year. The state challenged that finding in court, arguing the 2012 spending decrease happened because students just didn’t need services that cost as much as the previous year. But the 5th Circuit Court of Appeals upheld the federal government’s decision, and found that Texas’ system “creates a perverse incentive for a state to escape its financial obligations merely by minimizing the special education needs of it students.”

Lawmakers included $33 million in their supplemental budget, which covers immediate expenses to pay a federal penalty for the 2012 reduction. Lawmakers also included $74 million to settle violations for 2017 and 2018, and $116 million to prevent another penalty in 2019.

That $116 million has to go toward reimbursing school districts for identifying students who need special education services and making up services for kids who were denied them in the past, in addition to boosting funding for all students in special education.

“We were able to collectively highlight the urgent need for funding to address the special education shortfall,” said state Rep. Mary Gonzalez, D-Clint, who advocated for fixes.

In addition, the Legislature’s main school finance measure, House Bill 3, would require the state and districts to spend more on students with dyslexia or related learning disabilities, if they are covered under federal disability law and are being educated through a state-approved dyslexia program. School districts could use some of that money to contract with a private provider for supplemental academic services for a student, if needed.

With those two provisions in place, it’s less likely that Texas will soon violate federal law again by decreasing funding from year to year.

Studies in the works

But lawmakers didn’t pass a separate measure to address a separate federal investigation that found last year that Texas effectively capped the percentage of students statewide who could receive special education services and incentivized some school districts to deny services to students in need.

State education officials say that problem has been addressed, but districts have said they haven’t received guidance or many resources from the state to help improve services for students with disabilities. A proposal by Rep. Morgan Meyer, R-Dallas, would have required a limited review of how the Texas Education Agency is monitoring and supervising special education. Meyer said in a statement that the idea would have “increased accountability on how we are serving students in need, and protected critical education funds and taxpayers from further federal fines.”

“It’s important to have a higher level of accountability,” he said, “and I’ll continue to pursue this stronger oversight.”

But lawmakers did order two other significant studies. Texas Education Agency Commissioner Mike Morath was asked to establish an advisory committee of educators, students, and parents to make recommendations to lawmakers on how to overhaul special education spending, with a report due May 1, 2020.

And the Texas Education Agency will also be required to report to the state how it plans to spend its $1 billion federal grant for special education, including the amount it sets aside for state-level projects and for training educators on how to educate students with disabilities. That report must be submitted in August 2020 and again in August 2021.

Now parents and advocates are hoping those changes will trickle down to improvements in classrooms.

“What we have now is bases loaded with great laws. But the game is far from over,” said Robbi Cooper, who leads the state chapter of advocacy group Decoding Dyslexia. Now, she said, it’s up to school district administrators and teachers to implement them well — which many have failed to do for years.