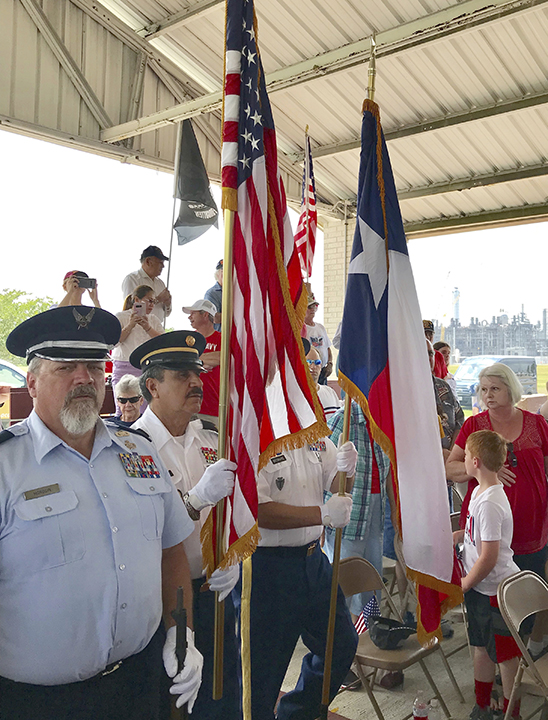 The Rev. Nick Dignan, pastor at Val Verde Baptist Church in Groves, said Monday that he feels “like a boy among heroes” whenever he speaks with military veterans.

Dignan, guest speaker for the 2019 Memorial Day service at Veterans Memorial Park, used scriptural references from the gospels of Matthew and John to drive home messages that Jesus both approved of memorials and that he taught there is no greater love than to lay down one’s life for a friend.

“Remember the ultimate sacrifices by men and women in our country,” he told a crowd of some 400. “Thank you for keeping me free.”

The formal program, slightly more than an hour in length, included patriotic selections played by the Community Band of Southeast Texas, firing of the cannons by the Sons of the Confederacy, and special music selections.

Of special emphasis was that no one should forget the sacrifices made by those who died in service to the country, a message carried throughout the program.