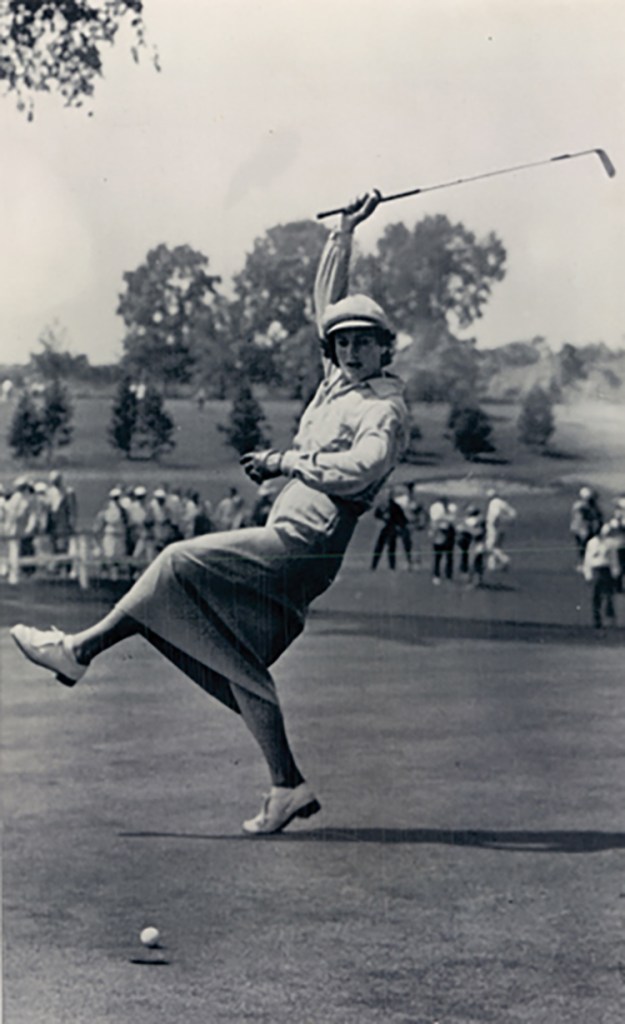 If Babe Zaharias is not posthumously presented the Presidential Medal of Freedom she so clearly deserves, it won’t be the fault of Zaharias Foundation President W.L. Pate Jr. or a 12-person bipartisan group of the Texas Congressional delegation.

In conjunction with Congressman Randy K. Weber of the state’s Fourteenth District, Pate authored a letter on Zaharias’ behalf that was sent to President Donald Trump earlier this month. The letter, printed below, makes a strong case that the Babe should follow Tiger Woods in receiving the highest civilian honor.

Below is the text of the letter:

“I write to you today to recommend Babe Didrikson Zaharias (1911-1956) for the Presidential Medal of Freedom for her contributions to American athletics and society as a whole. Babe truly broke the “glass ceiling” of highly competitive sports across the board at a time when men dominated the industry. Babe also overcome adversity in here life, struggling with cancer that she refused to let hold her back from doing what she loved.

“A native of Beaumont, Texas, Babe is widely considered to be the world’s greatest female athlete and among the best all-sports athletes of all time. She was a three-time All-American basketball player who led her team to an AAU national championship in 1931.

“The next year she competed in the AAU national track and field championship where she won five out of 10 events and tied in a sixth competition, before moving on to the 1932 Olympic Games. Babe went on to win an Olympic gold medal in the 80-meter hurdles and in the javelin throw. She set world records in each and won a silver medal in the high jump.

“After these successes, Babe began the golf career for which she is the most famous. She was a founding member and longtime president of the LPGA. She racked up 41 professional women’s golf wins, including 10 major LPGA championships. In 1938, she became the first woman to enter a PGA tournament. She went on to compete in five more. She remains the only woman to make the cut to advance to the final rounds of the PGA tournament.

“Babe was born before women had the right to vote and became a trailblazer for women in sports and public life. Her leadership, athletic skill and bold personality on the public stage made her a key figure driving the LPGA’s early success, expanding athletic opportunities available to women and young girls aspiring to compete in sports.

“After being diagnosed with colon cancer in 1953, Babe became a passionate advocate for cancer research. Despite her doctor’s proclamation that she would never golf again, 14 weeks after her tumorectomy, she returned to the course and won the US Women’s Open by 12 strokes while using a colostomy bag.

“She became a spokesperson for the National Cancer Society, and she founded the Babe Didrikson Zaharias Fund to support cancer clinics and treatment centers. When she died in 1956 due to a recurrence of cancer, President
Eisenhower saluted her ‘greatness and goodness.’

“The Presidential Medal of Freedom is a highly esteemed award intended to recognize those who have made great contributions to the national interests of the United States, including through athletic, societal and philanthropic endeavors. Previous honorees included athletes like Jack Nicklaus, Billie Jean King, Babe Ruth, Alan Page and Roger Staubach.

“For the seasons stated above, it is an honor and a privilege that I recommend for your consideration a member of Texas’s 14th District, Babe Didrikson Zaharias, for a Presidential Medal of Freedom.

In a year in which the Zaharias legend has roared back to life through Repsol’s ad campaign built around her in Spain, a year in which she joined Jesse Owens and Jim Thorpe as the only recipients of the AAU Gussie Crawford Lifetime Achievement Award, in a year in which the international Aurora Games has named its trophy after her, the highest honor of them all awaits.

It should not be a tough call to make.

Braden Bailey’s sterling college career at Baylor didn’t wrap up on the high note he’d hoped. Both Braden and the Bears struggled to score and failed to make it past the 54-hole cut in the NCAA championships at Blessings Golf Club in Fayetteville, Arkansas.

By the 72-hole mark that trimmed 15 teams to eight for match play, OSU was minus-16 and 31 shots clear of runner-up Vanderbilt. Three schools from Texas advanced to match play — Texas, Texas A&M and SMU. …

A week removed from winning the 4A state championship, Little Cypress-Mauriceville sophomore Jack Burke tied for eighth in a loaded field of top young stars in the Texas Junior Masters at Brackenridge Park in San Antonio. Burke shot rounds of 70-67-73 for 210. He was only two shots off tying for second.

In the Monday Senior 50 Plus 2 ball at Babe Zaharias, the team of Cricket Owen, Raymond Darbonne, Harrell Guidry and Dwayne Benoit won the front with minus-7. On the back, there was a tie at minus 4 between the team of Gary Hanon, Gene Jones, Bob Byerly and Charles Perez and the foursome of Ed Holley, Earl Richard, Dillard Darbone and Jamie Trahan. …

The Saturday Super Senior 2-ball at Zaharias finished with ties on both nines. Deadlocking on the front at minus-3 was the team of Rick Pritchet, Richard, Charlie Leard and Kaleb Klein and the foursome of Joe Gongora, Thad Borne, Keith Marshall and Don Duplan.

On the back, the team of Tom LeTourneau, Kacee Begeman, Brian Mirabella and Tom Duhon tied the team of Ed Holley, Jones, Jimmy Schexneider, Benoit and Buddy Hicks at minus-4. …

The Friday senior 2 ball at Zaharias saw the team of Keith Mullins, Rufus Reyes, Tony Trevino and Guidry win the front with minus 5. On the back, minus-6 won for the foursome of Rusty Gloede, Richard, Scottie Ray and Mike Tibbets. …

There was a three-way tie for first in the Wednesday DogFight at Zaharias. Finishing with 16 points was the team of Owen, Dillard Darbonne, Mike Rodgers and Paul Duplantis, the foursome of Mullins, Larry Johnson, Marshall and Duhon and the team of LeTourneau, Leard, Schexneider and Richard Menchaca.