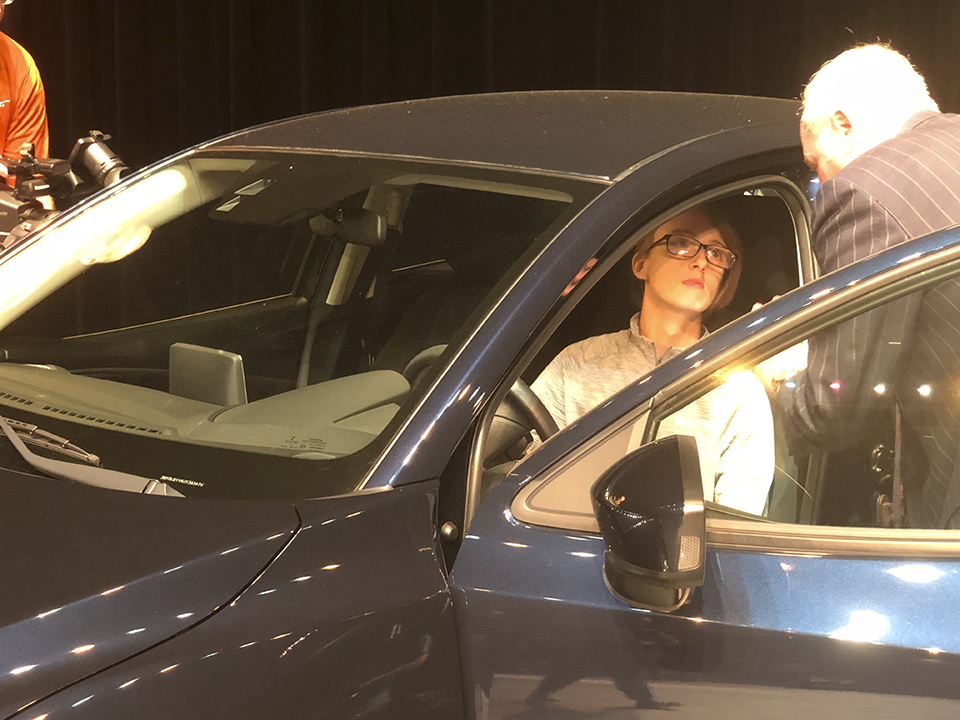 NEDERLAND — A Nederland High School freshman will have to get his driver permit to drive the new car he won Wednesday for having good school attendance.

Ray Swafford did not go up on stage when Philpott General Manager Bob Thewman called up every student with an “E” as his or her middle initial.

Swafford said he did not go up because he figured he would not win the new Toyota seeing as how he was one of 743 students with three or fewer absences for the year.

After Thewman went through all of the contestants on stage, he sent them back to their seats and made another request for everyone whose name began with the letter “R” to come to the stage. As a few dozen students began to make their way, Swafford stayed in his seat until a member of the staff encouraged him to go to the stage.

Thewman narrowed the group down to five students — then, two.

“I just knew it wasn’t going to be me,” Swafford said. “It was going to be the kid standing next to me. I was really excited when I realized it was me.”

Thewman had Swafford call his mom on stage to deliver the news.

While the freshman does not have his learner’s permit, he said he would start working on it soon. Swafford was also awarded a $500 gasoline purchase card.

Swafford said he wants to drive it to Florida when he gets old enough.

NHS Principal Steven Beagle said the school’s 17-year partnership with Philpott has been beneficial in raising and maintaining school attendance.

“It’s been a very positive thing for our high school and our community,” Beagle said. “We really appreciate it. We all need different ways to motivate us. Being a high school student with a chance to win a car is a great motivator. Whenever this was developed 17 years ago, it was done with a lot of vision and a lot of benefits for our students. I’m glad we have it.”

Students were also recognized for having four years up to 12 years of perfect attendance.