5A REGION III SEMIFINAL: Sixth-inning homer puts Bulldogs one down in series 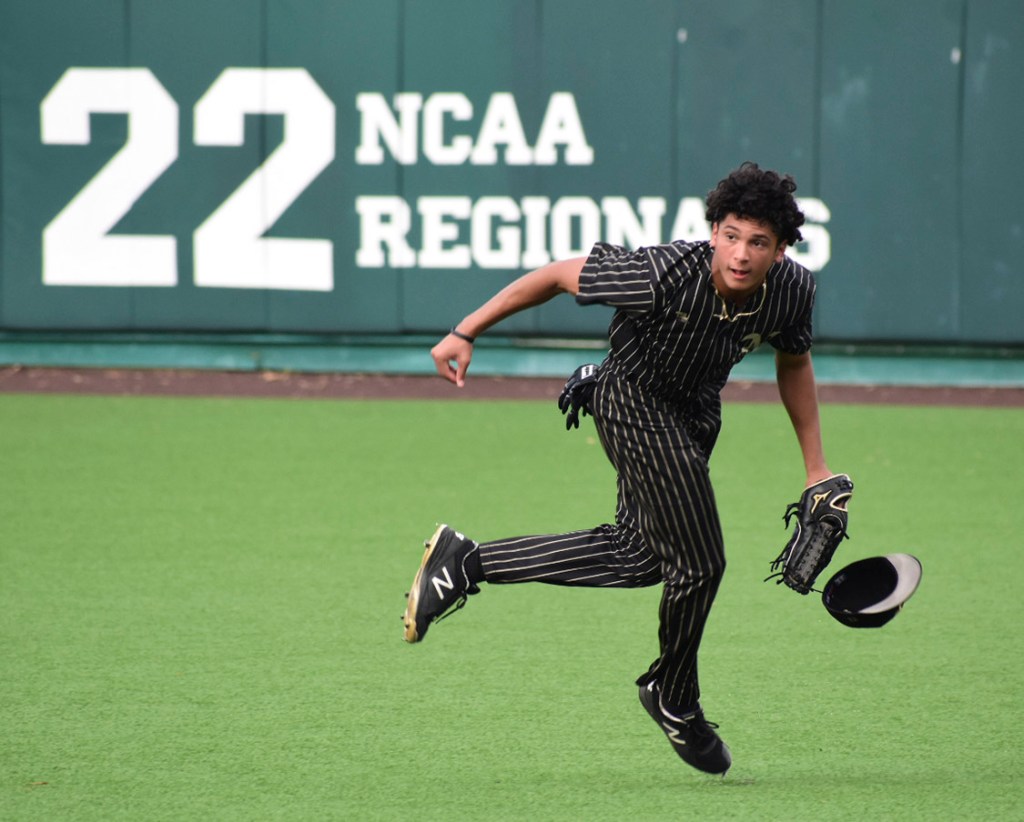 HOUSTON — Well, Nederland’s been in this situation before.

For the third time in four playoff series, the Bulldogs find themselves down one game after a sixth-inning Zach Wall home run lifted Texas 10th-ranked Magnolia West to a 2-1 victory Wednesday in a best-of-three 5A Region III semifinal round at the University of Houston’s Schroeder Park.

“I think they’re ready to come back right now,” Bulldogs coach Bryan Spell said. “We’ve been here before. We didn’t have to say a whole lot. I think if there was any doubt, people know we have a tough baseball team, and we’re going to battle until the final out tomorrow. It just didn’t go our way tonight.”

Nederland has come from 1-0 down in a series to beat Galveston Ball (bi-district) and Port Neches-Groves (5A Region III quarterfinal). The Bulldogs swept Angleton in the area round.

Wall’s homer, his sixth of the season and the Mustangs’ 19th, preserved a win for LSU commit Connor Phillips (12-3), who fanned nine and held the Bulldogs to three hits and walking four. Wall said he last homered with three weeks remaining in the regular season before Wednesday.

“I’ve been trying to long-swing everything, so I tried hit a gap to stay short, I barreled it up and carried it out of here,” Wall said. “I mean, it was good to get up on the board, late innings, and hopefully we’ll come back tomorrow and get on top.”

Robert Revels, the Mustangs’ likely Game 2 starter, earned the save and lowered his 1.4 ERA.

“We matched them pitch for pitch, but they made one more play than we did,” Spell said. “We’ll bounce back, no doubt about it.”

Conner Kemp (8-5) posted four strikeouts and held West to three hits in a complete-game loss. West came into the game hitting .369 on the season, and Kemp gave up only singles to Dylan Van Wicklen and Broday Szako in the first two innings before Wall’s smash.

A throwing error by the catcher in the top of the fifth inning allowed Brian Davila to break the proverbial ice. Davila led off the frame with a double to left and scored on a dropped third strike when the catcher misfired to first on Landon Hiltz’s at-bat.

Nederland left six on base, including three in scoring position. The Bulldogs posed a threat against Phillips in the second following singles by Wade Butler and Rene Cunningham. Phillips then retired the next three.

“LSU don’t miss very often,” Spell said. “He was tough to solve. Our kids did an outstanding job. I thought Landon set the tone early. We knew [Phillips] was good, but we wanted to compete, and our kids did a great job competing with that guy.”

Butler was also stranded at third in the fourth.

“I don’t think there will be any secrets,” Spell said. “We will get after it, and so will they.”